Retracement In The WTI Crude Oil – Wait For A Buy Entry! - Forex News by FX Leaders

Retracement In The WTI Crude Oil – Wait For A Buy Entry!

There was such a drastic response to the EIA Crude Oil Inventories figures which were released in the US trading session on Wednesday. Earlier in the European session, our live market update Top 3 Things Impacting The WTI Crude Oil Today!  suggested staying in selling below $45.85. Honestly, I wasn't expecting the massive drop of more than 190 pips as a response to the economic news.

The Energy Information Administration (EIA) revealed a draw in inventories of 1.66 million barrels over the previous week. However, the drop was lower than anticipated. Despite this, it failed to extend support to crude oil prices. On the contrary, it fell massively.

In addition, we can't ignore the consumer price index by the world's top oil consumer. The index missed the mark and dipped by 0.1% instead of placing 0.2% gains. Moreover, the retail sales slid 0.3% in the month of May rather than the forecasted 0.1% uptick. Consequently, investors traded the sentiment of low demand for crude oil in the future. 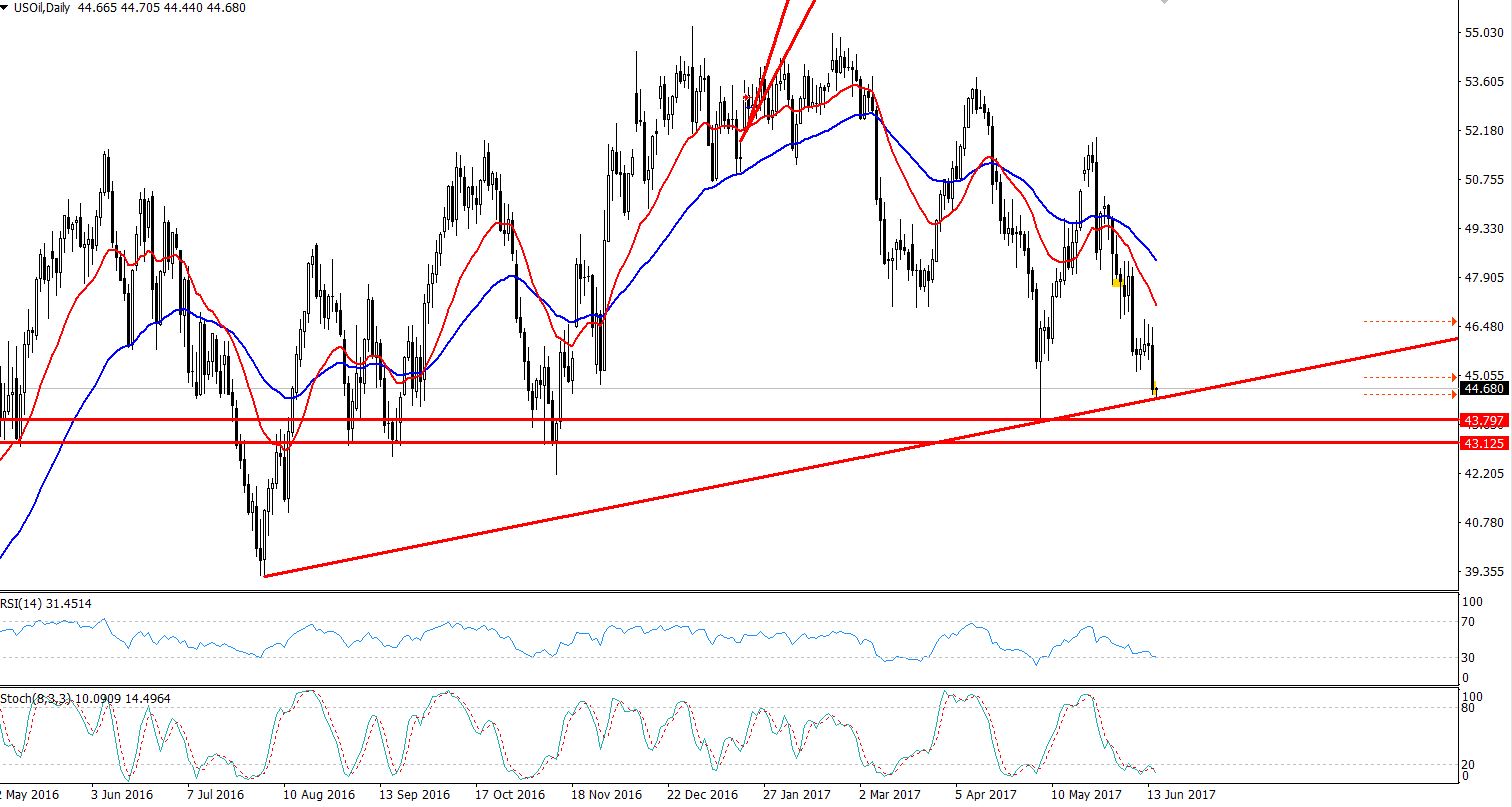