When the FOMC release their interest rate decisions, they usually also host a press conference which is an important means of communicating to investors about their monetary policy and reasons for certain actions.

Before I go into more detail about what to expect from these press conferences, let’s investigate the FOMC and what its function is. 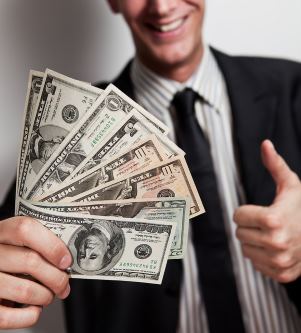 The FOMC's dealings can move the value of the U.S. dollar dramatically.

In order to do this, these traders pay close attention to what the FOMC (Federal Open Market Committee) members convey to the public via speeches and comments, as well as the press conference, their interest rate ‘dot plot’, and the FOMC statement, that usually accompany the interest rate decision itself. (Of course, the events that take place at the same time or after the rate decision can only be used to estimate future interest rate changes).

What to Expect From FOMC Press Conferences

The FOMC press conference follows 30 minutes after the release of the FOMC interest rate decision, statement, and economic projections.

This press conference is hosted by the FOMC chairperson who discusses different aspects of the U.S. economy, monetary policy, and related information. After delivering and discussing this information, the chairperson usually answers some of the guests’ questions.

The chairperson usually mentions why the FOMC decided to set the interest rate where they did. Then he or she could review some of the recent economic developments in the FOMC’s outlook, which may include information regarding household spending, improvements (or the deterioration) of the job market, consumer sentiment, consumer wealth, business investment, exports, unemployment rate, participation in the labor force, participation rate, inflation outlook, etc.

After this, economic projections are typically discussed which include estimations of the real GDP, unemployment rate, and median inflation.

Something else that is covered in the press conference is the FED’s ‘dot plot’ which is the midpoint of the target range or target level for the federal funds rate (expressed as a percentage and plotted with dots on a chart). This gives investors a rough idea of where interest rates are expected to be in the near- to medium-term. 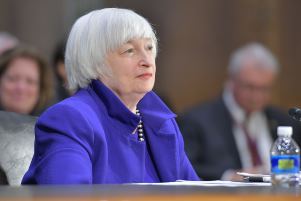 Dr. Janet Louise Yellen is the current Chair of the Board of Governors of the U.S. Federal Reserve System. Her four-year term ends on February 3, 2018.