The bearish data didn't seem to work out for crude oil sellers. The crude oil surged nearly 1% on Wednesday, the highest level in more than a week. Our forex trading signal remained a success, though it was quite a risky trade before the EIA report.

The black gold prices soared after the EIA’s report, despite that the data showed a build rather than a draw of 2.6 million barrels. The global supplies are still plentiful despite the production cuts by top producers.

Moreover, due to the negative correlation between the commodities and the US dollar, the investors felt safer investing in crude oil, which is cheaper for international importers due to weakness in the US dollar. 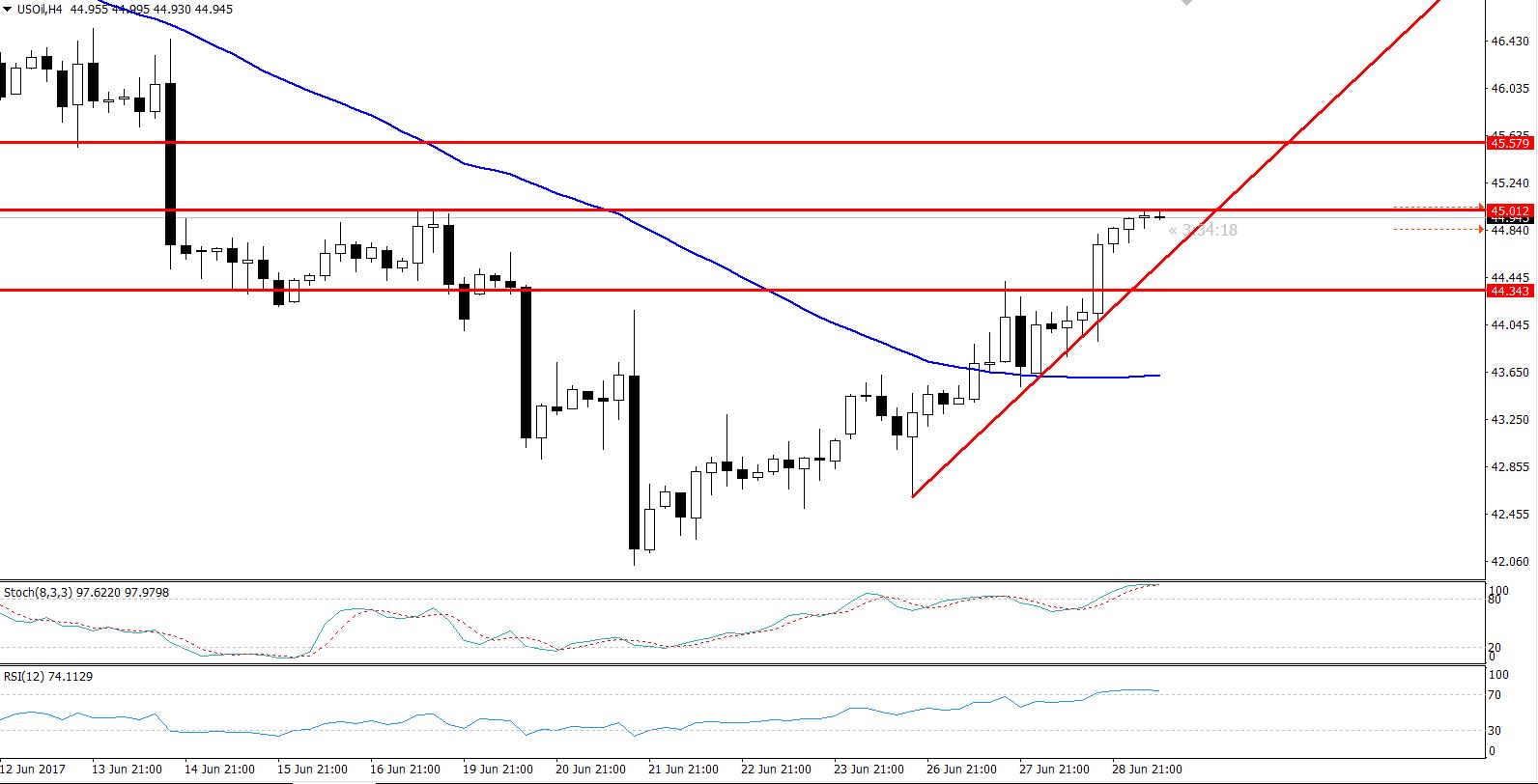 On the 4-hour chart, the oil has formed a double top pattern which is clearly extending a solid resistance at $45.05. The Doji candle on the 4-hour chart indicates that buying pressure is getting weaker and we may experience a slight reversal ahead of further bullish movement. Though, it's a risky trade. That’s why we have intentionally set a minor stop loss.

Aside from gold & crude oil, we are about to add more instruments such as CryptoCurrencies. Stay tuned for new analysis & forex signals!