Precious metal gold hasn't moved a lot since it's dramatic drop on Monday, but it remained supported due to fresh geopolitical concerns stemming from North Korea’s missile test. Let's see how this piece of news could affect the precious metal.

Events like this often increase uncertainty and ultimately result in increased demand for haven assets. It's quite interesting to note that North Korea launched a missile test just a few days before leaders from the Group of 20 nations is scheduled to address steps to halt North Korea’s weapons programs. Is North Korea trying to send some sort of signal? We will see!

Today, FOMC meeting minutes are in focus to determine the trend gold could take. As we discussed in our Forex Signals Brief for July 5th, the FOMC Meeting Minutes are due to be released at 18:00 (GMT). The Federal Reserve (Fed) officials have drafted a plan to reduce their $4.5 trillion balance sheet, but have yet to decide the starting point.

Today, entering the market before FOMC doesn't seem to be a good idea. However, we can look for a sell entry below  $1233, after the FOMC. I'm monitoring the market and will share a trade if there is any. 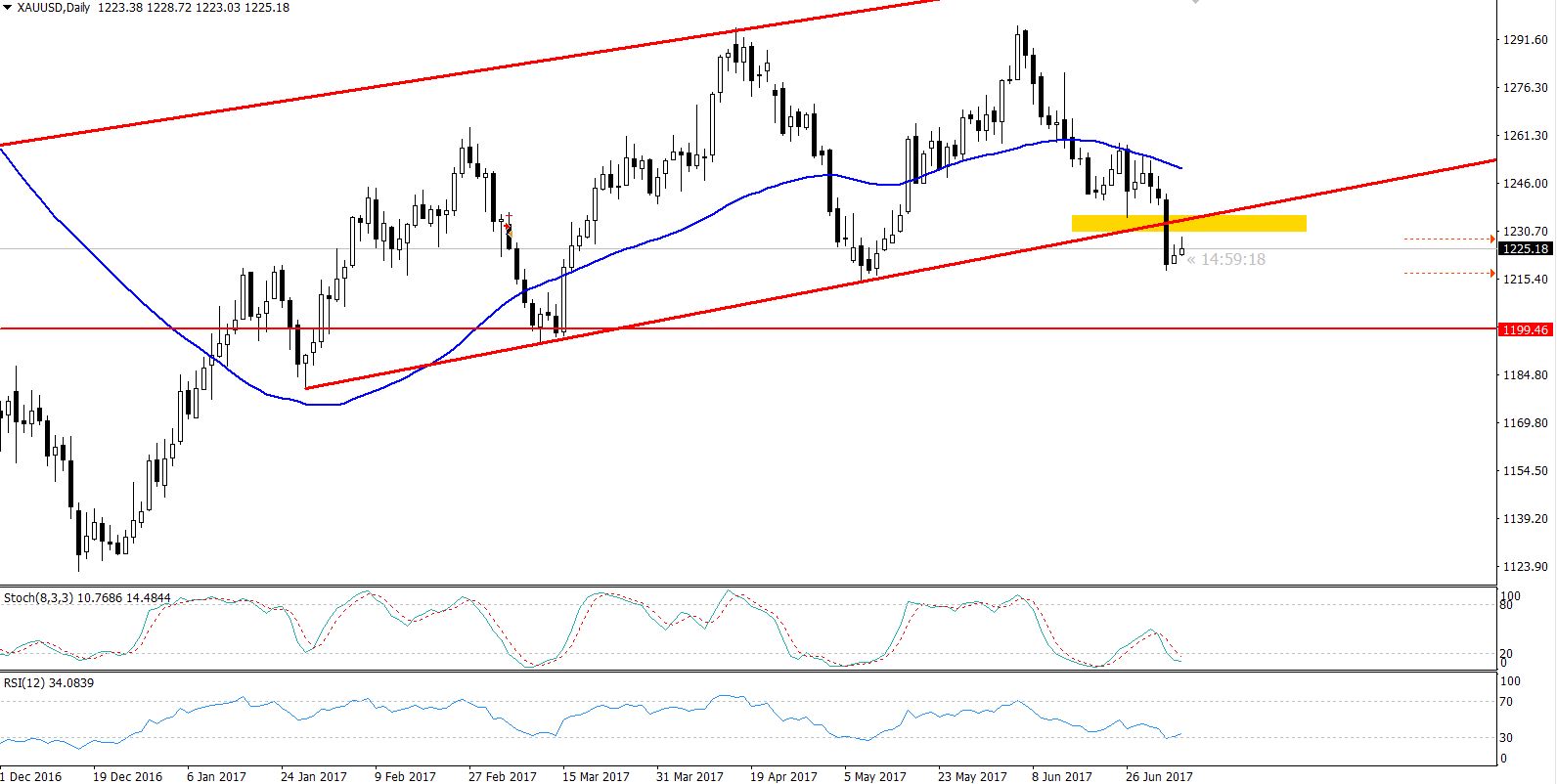 – On the daily chart, we can see that the gold has come out of the bullish channel which was giving a strong support at $1233. The same level is working as a resistance.

– On the hourly timeframe, the 50 – periods moving average is providing an immediate resistance at $1228. Take a look at this article to gain more understanding about moving averages.

– The momentum indicators are neutral before FOMC. Let's wait for the fundamentals for further clues about US monetary policy.