After last Thursday’s rally and Friday’s consolidation, EUR/USD is threatening to enter a correction. Overnight, the July Market PMI reports for the Eurozone came in lower than expected with figures of 56.8, 55.8 and 55.4.

Market statistics above 50.0 are generally considered to be positive economic indicators. This sentiment was evident, as a moderate rally tested the 50% Fibonacci retracement level of the session’s range. 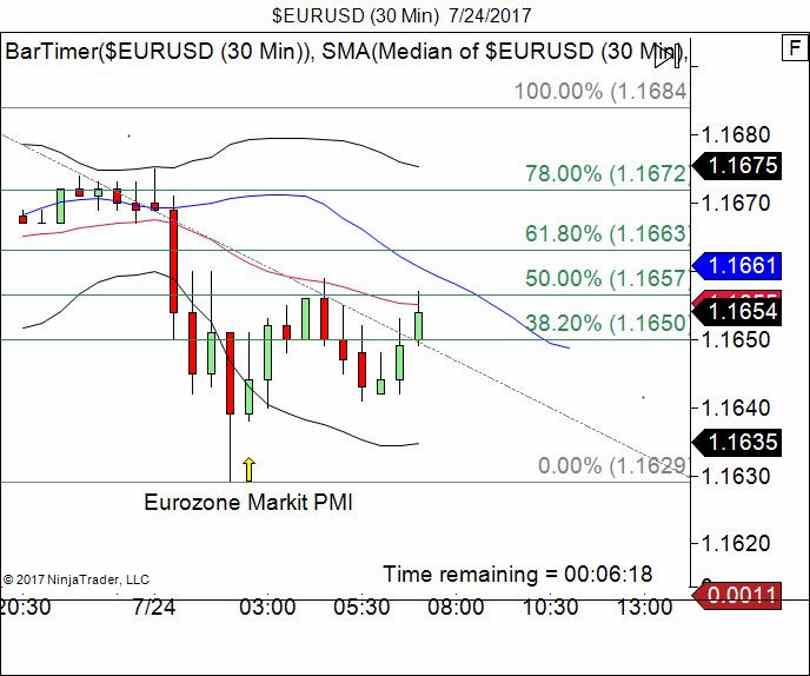 The EUR/USD remains poised to test last Friday’s low of 1.1619 after the 1 pip failed auction above Friday’s high at 1.1682. The 38% Fibonacci retracement of the Thursday-Friday-Monday trading range is 1.1605.

When viewed in context with the 38% retracement, Friday’s low and key psychological level 1.1600, the area between 1.1618 and 1.1600, could see a lot of action. It could also determine if the intermediate uptrend is over for the EUR/USD. 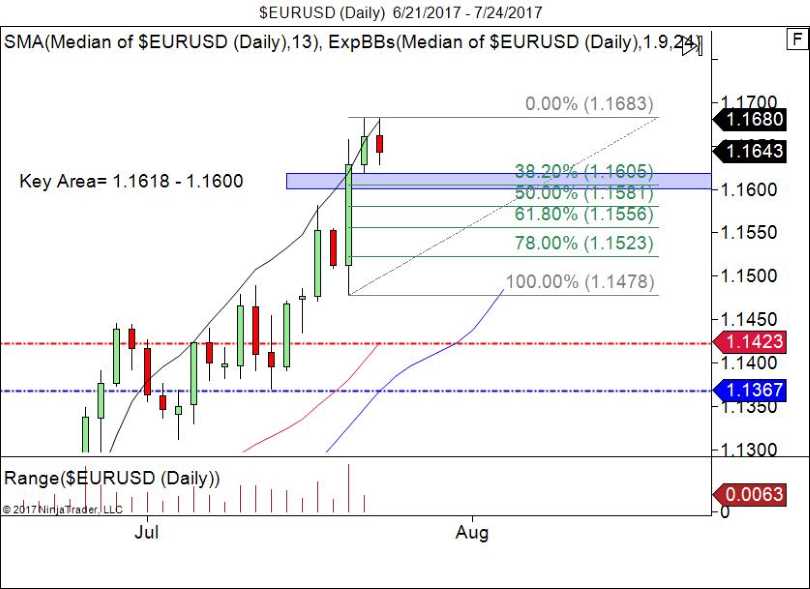 The July Market PMI Reports for the US are due at 9:45 AM EST, followed by Existing Home Sales for June at 10:00 AM EST. The overall consensus is that the release should be bullish. Although, any dramatic deviation in the Existing Home Sales number, under the estimated 5.58 million for June, will likely be seen as another negative for the already weak dollar.