Two Reasons For Bullish Crude Oil – About To Drop?

Traders, the Black Crack is trading strongly bullish – it has moved more than 300 pips in just two trading days. Let's look into some of the reasons behind this bullishness.

First, the OPEC meeting proved to be bullish for the WTI Oil as one of the main oil producers of OPEC, Saudi Arabia, pledged to take “significant measures” to keep rates from drifting. Having said that, Khaled al-Falih, Saudi Arabia’s energy minister, pledged to cut their Oil exports by 1 million barrels a day in order to limit their exports to 6.6 million barrels.

Second, the American Petroleum Institute (API) inventory figures showed a draw of 10.23 million barrels followed by an unexpected build of 1.63 million barrels over the previous week. The market headed sharply upwards due to the dramatic change. 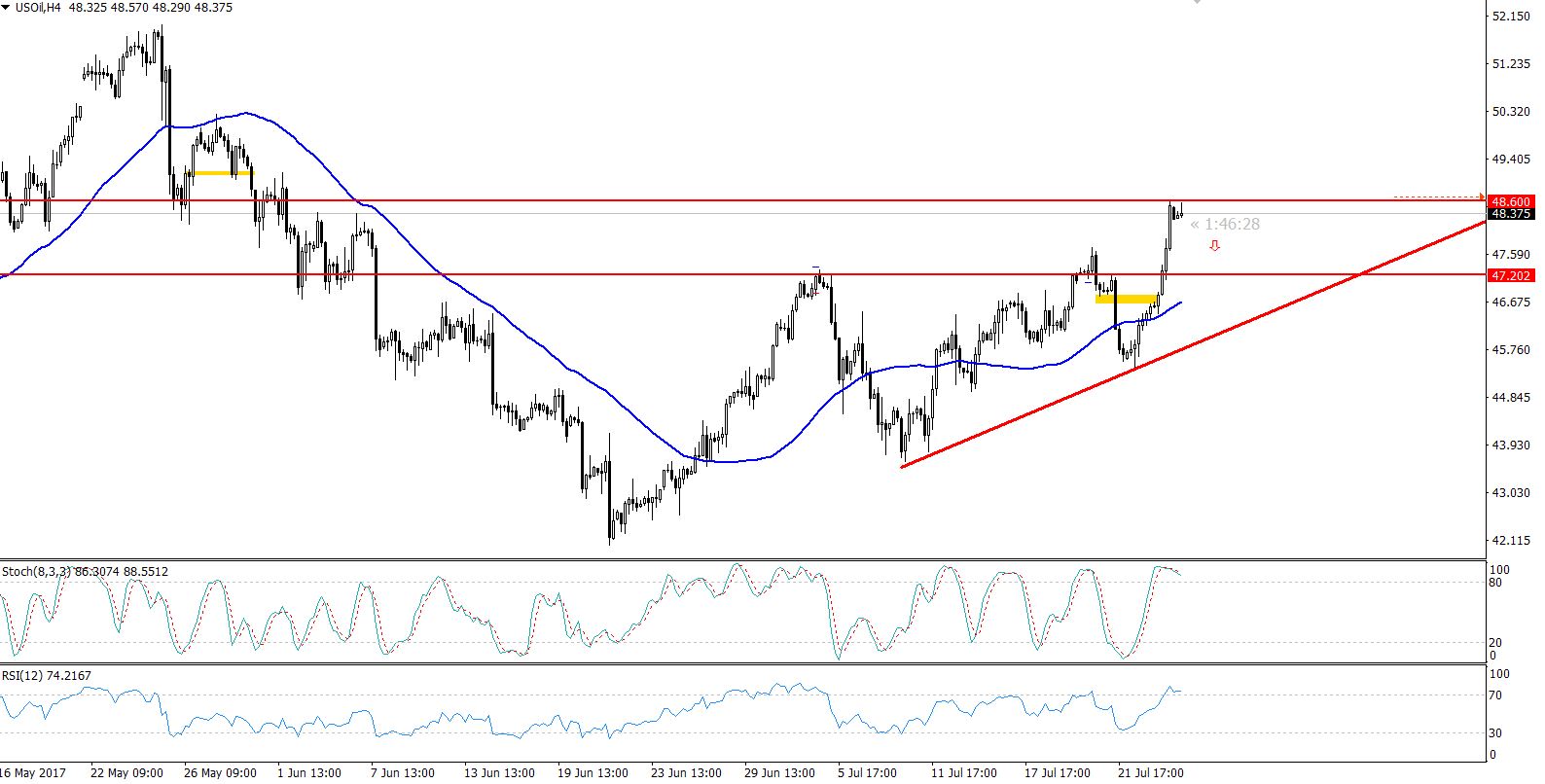 At the moment, I'm waiting for the EIA inventories figures which are expected to be released today at 14:30 (GMT). Economists are expecting a draw of -3.3M barrels, but investors are pricing in a draw, just like the API report (-10.23M). In case the EIA report shows a draw that is less than -3.3M or surprisingly shows a build in inventory figures, we are going to see some serious drops in the Crude Oil.

Therefore, keep an eye on $48.60 (horizontal resistance) as below this the oil has the potential to fall nearly 100+ pips until $47.25. Good luck and trade carefully!