The RBA Leaves Rates on Hold

Asian traders had been waiting all day for the RBA to hand down their decision on interest rates and as expected rates are on hold at 1.5%.

Analysts were predicting that interest rates would remain unchanged, with much of the focus being on the wording of the minutes. Any hawkish talk was bound to rally the Aussie dollar and get it moving above 81 cents.

However, it appears that sentiment was relatively neutral – keeping with the party lines.

The RBA says that it expects a gradual increase in underlying inflation, however, the recent rise in the AUD is weighing on the outlook for employment and output as well as putting pressure on prices.

However, they do expect growth to pick up to around 3% but suggest the rising AUD would hurt the economy.

Overall the AUD is relatively flat post announcement. If we can take out the session highs there's more potential for buying to come in. 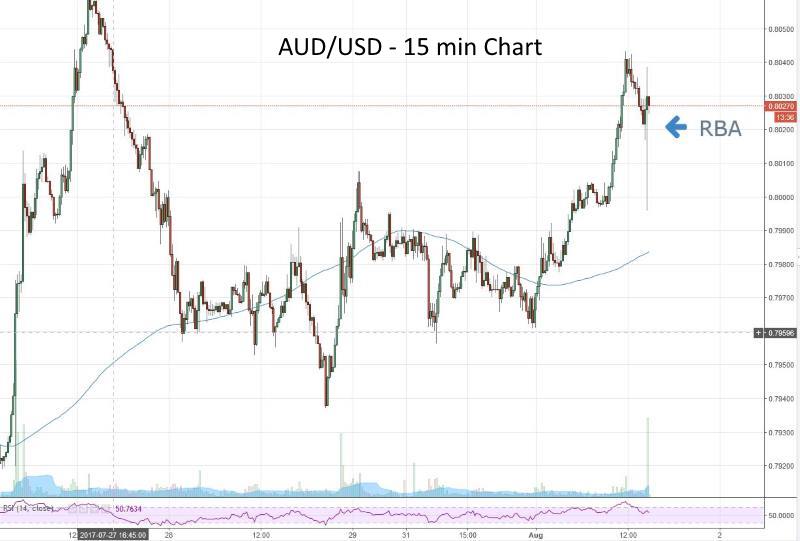 Earlier in the day the AUD/USD popped on the back of some solid economic news.

The AIG Manufacturing Index came in at 56.0 vs 55.0 expected. All morning there was a bid to the AUD as hit snuck back above 80 cents – a level it’s been stuck at for a few days.