The Aussie Continues its Slide - Forex News by FX Leaders

The Aussie Continues its Slide

Any hope of a rate hike in Australia was all but wiped out yesterday, as the RBA’s rather neutral statement lead to a selloff during the European and US sessions.

In early Asian trade on Wednesday, the selling has continued and it appears unlikely that we are going to be seeing 80 cents again anytime soon.

In their statement, the RBA made it very clear that an Aussie dollar at these levels is going to have a negative impact on prices, exports, inflation and the economy – the very things the RBA is concerned about.

Earlier Building Approvals came in higher than expected at 10.9% MoM, which was a huge win for the Aussie.

However, it might not be enough to help support the AUD/USD for the rest of the trading session as the sellers appear to be in control. 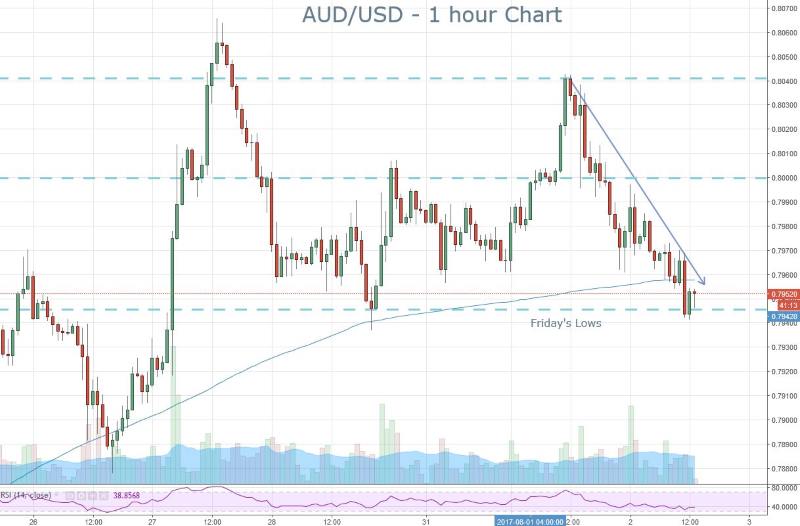 Support is Holding – For Now…

Friday’s support level at 0.79455 held on the first test however prices appears to want to break lower.

Watch out for the next support level at Friday's session lows around 0.79374.

For now, the RBA are getting their wish for a lower currency.