The AUD Spikes into Resistance - Forex News by FX Leaders

The AUD Spikes into Resistance

Another day and yet another session where the Aussie does its best to spike back towards 80 cents. No matter how much the RBA want to talk it down – the AUD continues to hold strong.

Earlier Australian retail sales were released and it was a positive for the AUD with the MoM number coming in at 0.3% (vs 0.2% expected). That appeared to be a catalyst for a move to the upside. At the same time though, the RBA released their Statement on Monetary Policy and once again did their best to jawbone the currency lower.

The key from the statement wasn’t anything new, with the RBA saying that any further rise in the currency would hurt economic growth and inflation.

They’ve made it abundantly clear that 80 cents is not going to happen long term.

The question for traders really is how long can the AUD hold up, before we get a break lower? 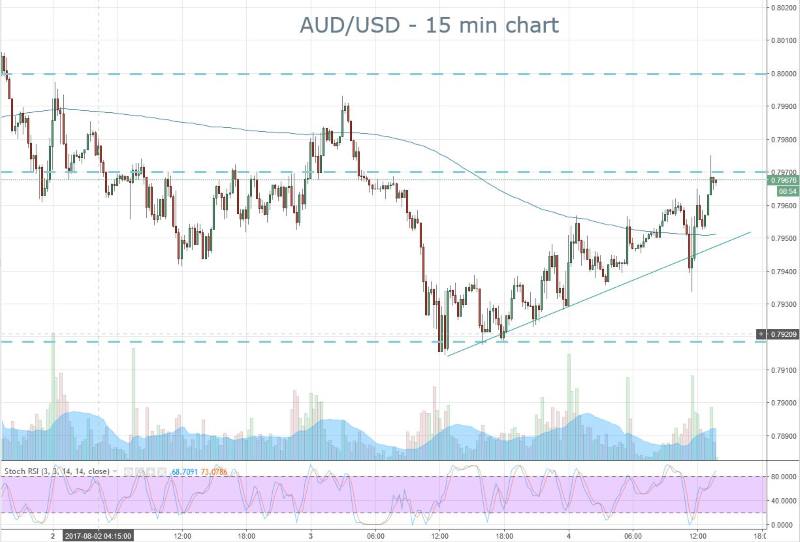 A weak USD is continuing to help bolster the AUD, however there looks to be some minor resistance at 0.7970 that is causing the price to slow down.

There’s no doubt that the momentum is to the upside. There might be a chance of a quick retrace though as we are getting overbought on the 15-minute chart.