Gold prices are going through the roof and risk-off sentiment is taking over the markets as the US and North Korea seem to be on the verge of war. In this situation what are the best forex pairs to trade? Let's find out!

Latest Updates On the U.S. and North Korea Issue

Trump remark, that he will respond with “fire and fury” if North Korea keeps threatening the U.S., escalated tensions between the two countries. Just an hour later, the spokesperson for the Korean People’s Army added fuel to the fire by declaring that North Korea was “carefully examining” plans for a missile attack on the U.S. Pacific territory, which has a big U.S. military base.

In this morning's latest news, North Korea declared that it is writing an attack plan to fire missiles toward Guam "to signal a crucial warning to the U.S."

Though the U.S. dollar isn't getting weaker, the demand for safe haven currencies is actually increasing. It's time to take advantage of this increasing demand.

The Swiss Franc is considered a safe haven currency as Switzerland keeps big gold reserves to back up their currency. When war sentiments boost the demand for gold, it automatically triggers CHF buying.

On the daily chart, we can see a massive drop lead by increasing demand for the Swiss Franc. Earlier, the USD/CHF broke above the descending trend line at $0.9660, confirming the continuation of the bullish trend. The pair is heading lower and has already tested the support extended by the same trend line at $0.9634. Now, we can expect a slight pullback from here ($0.9634), until the crucial trading level $0.9660.

I'm looking to trade in between $0.9635 and $0.9660 to take advantage of the choppy session with minor stops and take profits.

The Japanese Yen is also considered a safe haven due to the deflationary risk. Let me explain.

The Japanese economy has been fighting deflationary risk for a long time and their currency is already devalued to the negative interest rate. Therefore, investors feel safe to invest in JPY as it's already weak and sooner or later it will grow. 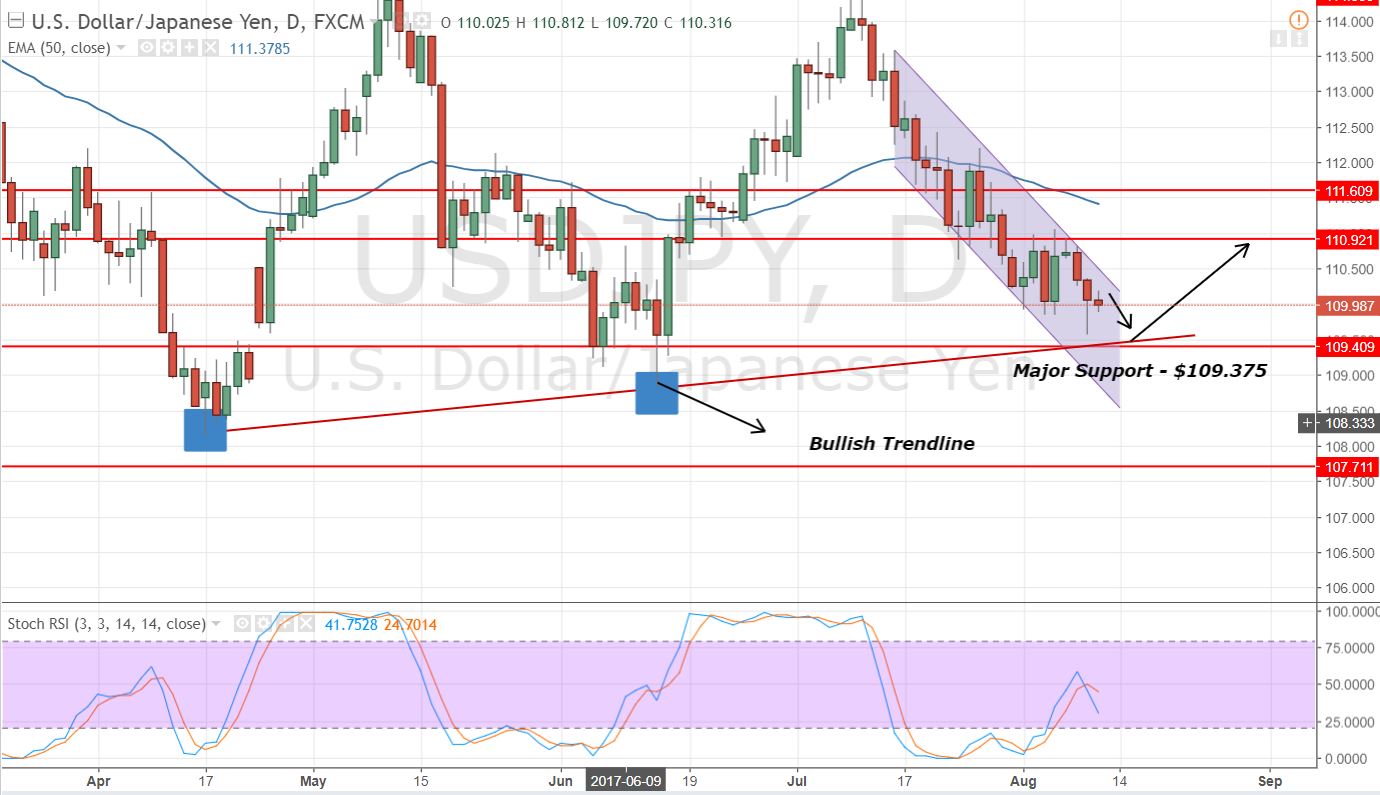 Technically, the pair is carrying downward momentum yet the bulls seem to be looming near $109.375. On the daily chart, the trend line which started on April 17th, 2017 and is linked to the low placed on May 14th, has the potential to support the bearish pair at $109.375.

Forex Signals Brief for Jul 30: Is an XRP Settlement Close?
10 hours ago