Safety of the Swissy: Time to Trade with the Momentum - Forex News by FX Leaders

Safety of the Swissy: Time to Trade with the Momentum

It shouldn’t come as any surprise, but as the Asian session develops it’s the two safe haven currencies that are clearly in focus as traders react to the overnight political tension that has been developing.

As we spoke about in our morning preview, equity markets sold off hard overnight as US President Trump continued to taunt North Korea and threatened retaliation ‘like they never thought possible’, if Kim Jong Un were to launch a missile test. Tensions are high and that’s a great environment for trading.

The fear in the market has lead to the selloff in equities and a flight to safety and we can use the increase in volatility to ride any momentum. The Swiss Franc is probably the classical safe haven currency given the country's political status. Whenever there’s any type of crisis, money flows into the CHF and out of the USD. Our goal is to capture that momentum.

While it’s clear that the market sentiment is now to the downside, we still have to construct smart trades.

There’s significant support in both the USD/CHF and USD/JPY that we are currently testing in Asian trade. If these levels are able to break, then we have the potential to make a large move lower as the next support levels aren’t all that close by. Watching these key levels is an important trading strategy that you should incorporate into your daily analysis.

Given the fact that Japanese traders are on holiday and also because we’ve had such big moves overnight, we might have to wait until Europe and the US enter to bring in the added volume that we need.

The key support at 0.96125 is the one I’m most keen on today – especially as Europe enters. All traders will be focused on the Swissy and as a result, there’s likely to be a big chance of a stop run because everyone has their eyes on this level. 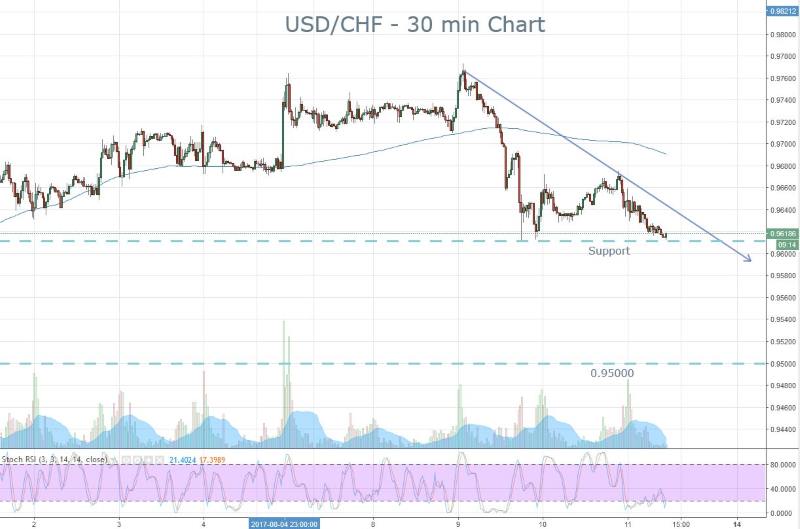 109 is the key target that we need to break. If that level gives way then it will likely bring in more volume. We might need European traders to enter for that happen, given the holiday in Japan. That also might make it easier to run through support with potentially reduced liquidity. 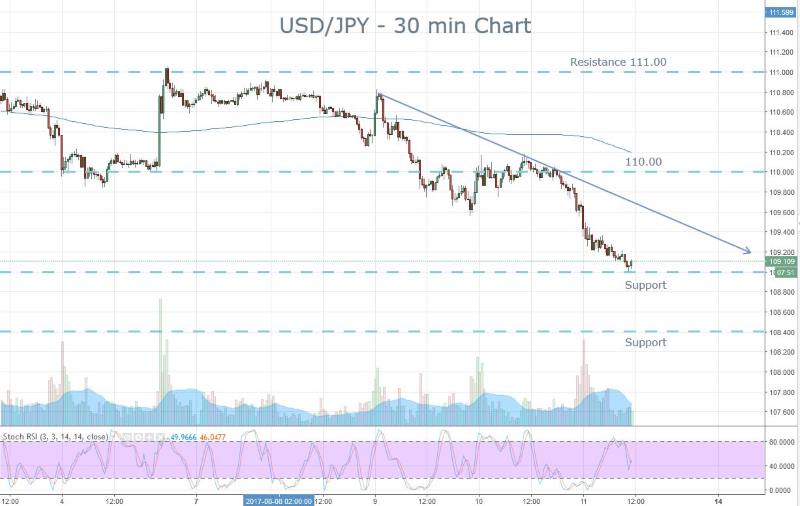