Is the Euro Set for a Fall? - Forex News by FX Leaders

Is the Euro Set for a Fall?

Yesterday in my morning preview I wrote about how I was expecting a break out of the bullish channel that had formed in the EUR/USD. I thought we might test support first at 1.1700, which has been holding strongly for a while, however the USD had other ideas and we pushed higher.

In the short term, I feel that it’s going to be tough to get much of a rally to the highs – at least not before we hear what Mario Draghi has to say. On the schedule today we do have some economic data and an ECB speaker that might prove to be a bit of a market mover. However I’m still firmly of the belief that there isn’t going to be any follow through. 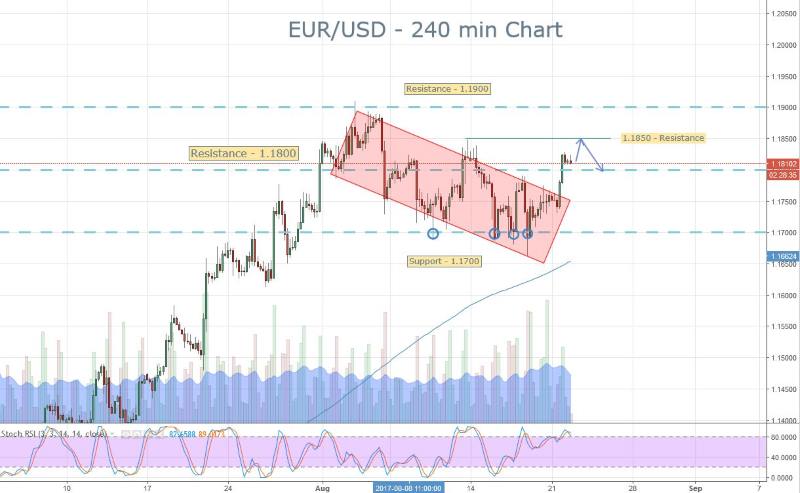 If we can pop up to 1.1850, then I would be looking to sell. I’m banking on the fact that we won’t be rallying with any real intent prior to Jackson Hole.

Similarly if we fall away and break below 1.1700, then I’d be more than happy to be long. This level has held on numerous occasions and with the attention firmly on the ECB President, then I don’t think the big money is going to be running this through that level too far.

Obviously be careful with the economic data coming out today and any fundamental news from the ECB speakers.

Keep an eye out for any signals from my buddy Arslan, as I suspect he has some strong opinions about the range the EUR/USD is currently in as European traders enter for the day.