These are the Key Levels to Watch for AUD Traders

The Aussie has been one of the weaker performers so far in Asian trade. The overnight strength in the USD helped drag it lower and in the process gave up any chance of a test of 80 cents. That suits me fine as I have a medium term prediction of a fall below 75 cents.

This week the key driving is going to be Jackson Hole and what US Fed Chairman Janet Yellen has to say about about the state of US monetary policy. This is sure to bring in volatility, which is a good thing for traders.

When volatility enters it gives those who use technical analysis an edge. You’re able to make decisions faster and can capitalize on short term mispricings. One of the keys is to have a good idea about the important areas to focus on, prior to any major news release or central bank speaker.

The Aussie has been in a long running battle against the 80 cent mark. The RBA don’t want it that high and we can’t argue with the will of central bankers. 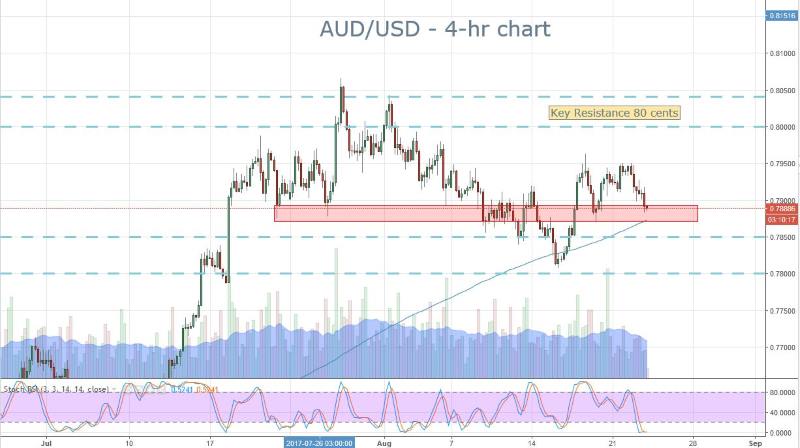