Another relatively quiet day on markets as traders await the upcoming economic symposium at Jackson Hole that gets under way on Thursday. However keen Central Bank watchers will have to wait until Friday to get their first taste of what the two headliners have to say with both Janet Yellen and Mario Draghi scheduled to speak on Friday.

Overnight the big slider was the Kiwi dollar as the Government came out and said they were not confident about future growth. I spoke about the NZD yesterday and thought that it had the potential to break through the lows, however it picked up a head of steam and took out 0.7200 with relative ease, before bouncing off that level ever so slightly.

Otherwise it was a case of the USD declining slightly vs both the JPY and the EUR as trade is still relatively muted ahead of the key speakers coming up on Friday. 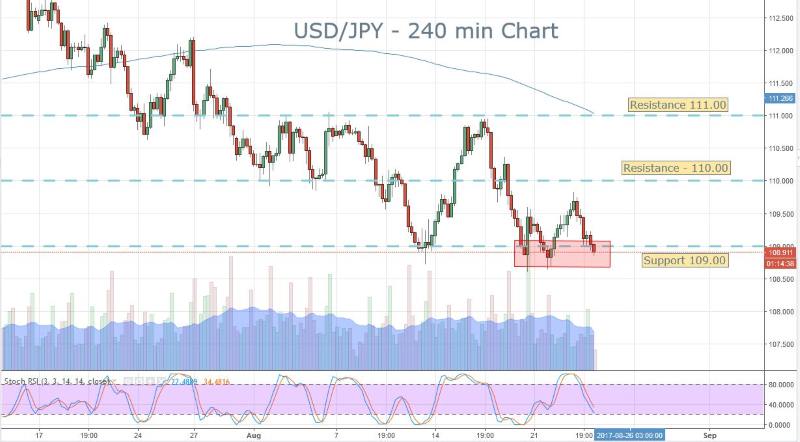 Again we find ourselves back at support at 109 in the Yen. This level continues to hold up. I’m prepared to keep giving it a go until proven otherwise and as such look to continue to buy here.

There is some minor data coming out from Japan today including foreign investment, bond buying and the leading index, however this is unlikely to have a significant impact. It’s still a case of the USD having the major say in the direction of trade at this point.