Morning Preview: A Big Day Ahead for FX Traders

As Jackson Hole kicks off in the US, traders are understandably still waiting on the two headline acts – ECB President Mario Draghi and the Fed’s Janet Yellen. Both are scheduled to speak on Friday and we will likely continue to trade in a relatively tight range until they take the stage.

As proceedings got underway there were a few points of note including Dallas Fed President Rob Kaplan suggesting a market correction wouldn't necessarily be troubling and Kansas City Fed President Esther George hinting that a secondary aim of policy has been to bolster asset prices. But for the most part the action will be tonight.

If markets are quiet then we can look to trade the ranges until we have more fundamentals that will build momentum. CPI out of Japan is the big news in Asia today which was in line with expectations, however I suspect that for everything else we will have a quiet session.

All our focus is going to be heavily on the EUR/USD. In overnight trade we remained in a very tight range and didn’t even pop up into our sell zone that I spoke about yesterday in the signals brief.

For the time being I will still look to sell any pops above 1.1825 and buy below 1.1700. If fundamental news comes along that changes that plan then I’ll be riding the momentum. 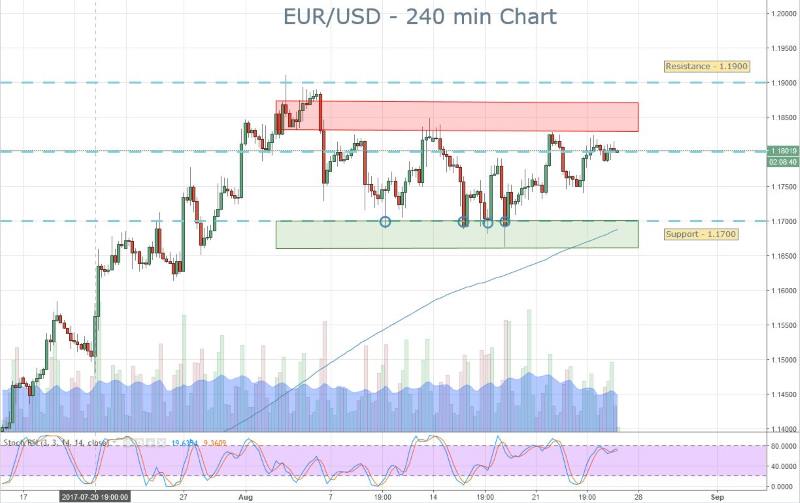 Key Levels in the EUR/USD