While he wasn’t an official speaker at Jackson Hole, BOJs Kuroda spoke to Bloomberg and said that he suspected that the 4% level of growth is unlikely to been sustained and reiterated that policy will stay very accommodative for some time.

While this isn’t all that new, there has been some weakness in the Nikkei and in fact the USD/JPY has fallen away in early trade. Of course the Yen has been impacted by a weaker USD across the board. 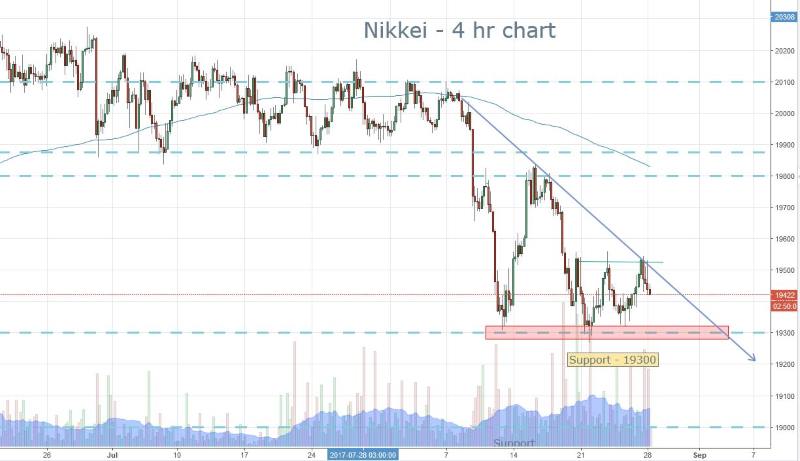 The ley level that I think we are going to test is 19300. On Friday I spoke about a short as we popped higher into the downtrend and overhead resistance. Those levels appear to have held up and now we are moving lower.

On the 240 minute chart it looks like we’re setting up pretty clearly in a bearish descending triangle pattern.

I expect a move into the lows and I would be using the 19300 as a area to take profits. This won’t likely occur today but as a swing trade I’m thinking about selling pullbacks as we move toward the lows.

Once we break then we can look for another leg lower.