Welcome back, traders. I hope you had an awesome weekend. My weekend was particularly hectic because of my Ph.D. exams so I'm really excited to be back now. This week is all about U.S. Labor market figures, which may offer us some good opportunities. Let's take a look…

Labor Market Reports – First thing first, investors will be anxiously waiting for the U.S. labor market report, which will be released on the 1st of September at 12:30 (GMT). The NFP is expected to release at 180K which is below the previous figure of 209K. Before this report is released, we need to monitor the ADP employment report which is due to release on Wednesday at 12:15 (GMT).

On the other hand, the unemployment rate is expected to remain unchanged at 4.3%, which is likely to support the neutral to bearish sentiment for the Buck. Significantly stronger employment growth and the likelihood for a growth in earnings put a September rate hike in play.

In addition, on August 31st, the U.S. core PCE inflation data will be worth watching at 12:30 (GMT). It's forecasted at 0.1%. Any sign of stronger inflation would diminish anxieties over low inflation and boost the chances for continued policy normalization.

This week's inflation data will be scrutinized by the ECB as the central bank needs to secure key decisions on upcoming policy, including the bond buying program.

On Thursday at 12:30 (GMT), Eurostat will be releasing the CPI Flash Estimate y/y with a forecast of 1.4% which is well above 1.3% previously. Stronger than expected inflation data would boost pressure for the ECB to taper bond purchases.

On Thursday, the Statistics Canada will release GDP m/m with an extremely bad forecast of 0.1% when compared to 0.6% previously. The figure shows the change in the inflation-adjusted value of all goods and services produced by the economy and is considered the broadest measure of economic activity and the primary gauge of the economy's health.

On the EUR/USD daily chart, the pair has broken above the bullish flag at $1.8040, signifying the strength of the bull power. For now, the pair is finding resistance at $1.1997. As the pair is trading in the overbought region, it's rational to wait for the market to complete the retracement. 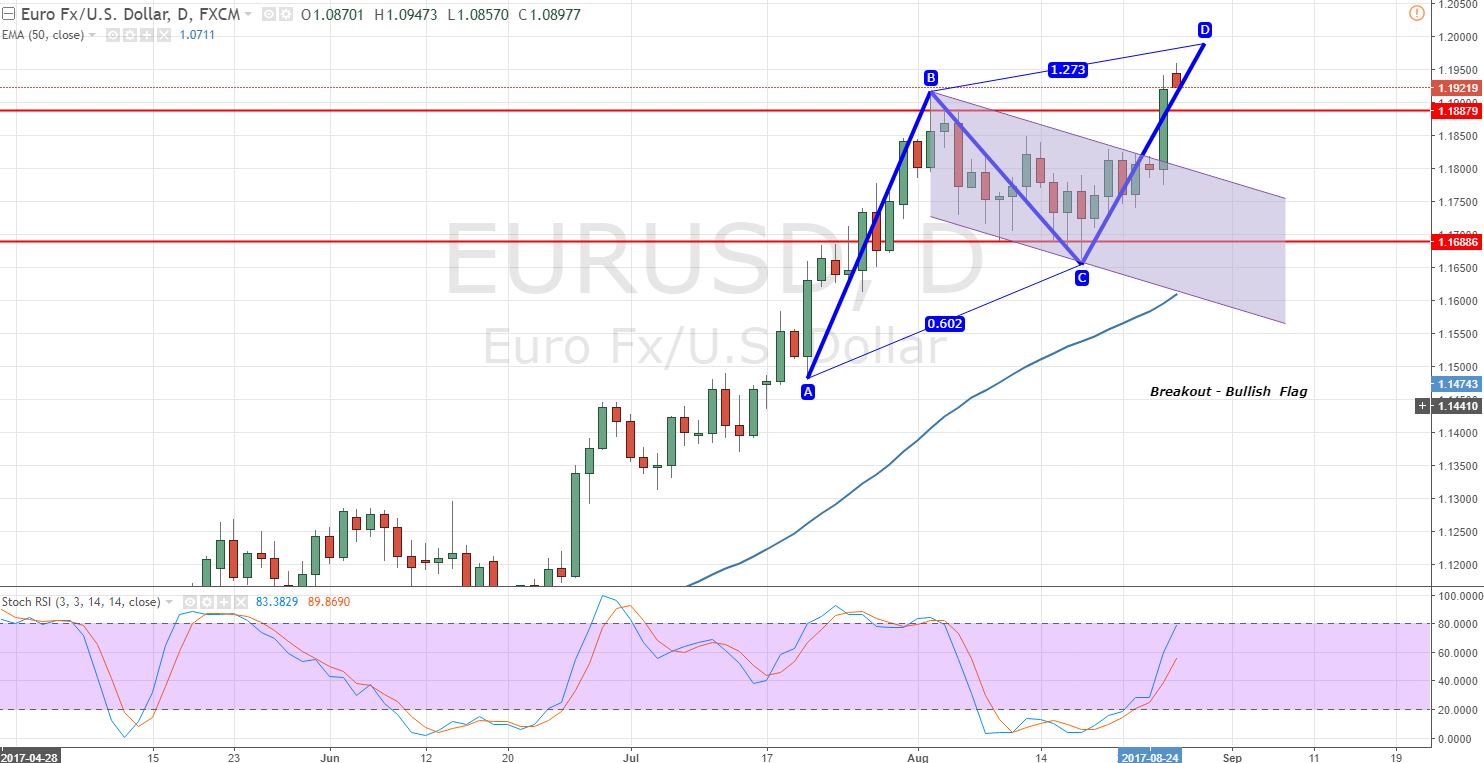 You can see in our chart below, the long term forecast is bullish. The pair has completed the BC leg and is now heading towards CD somewhere around $1.2000.

While analyzing the chart I found a potential trade setup in USD/CAD. The direct currency pair has formed a double bottom on the weekly timeframe.? 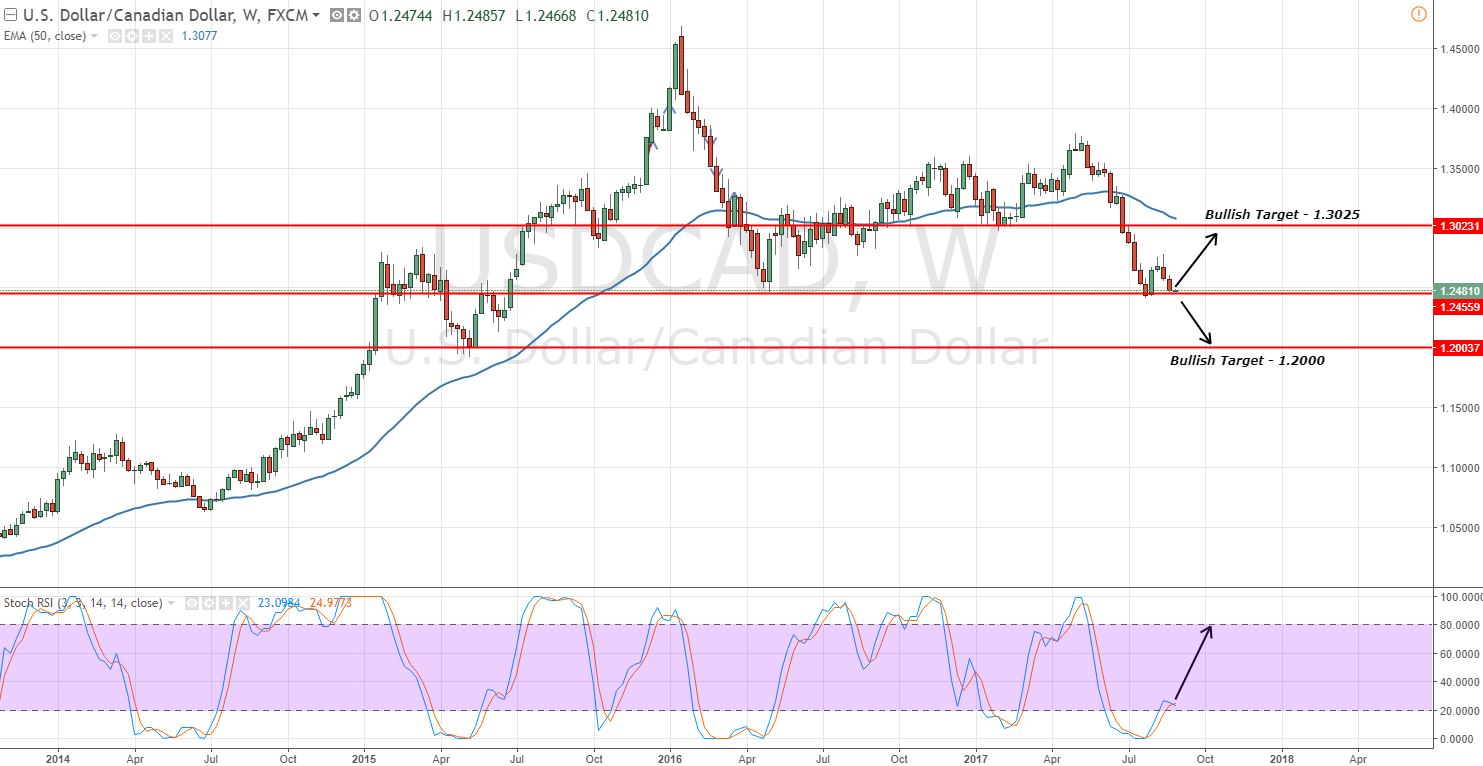 The USD/CAD has a solid support at $1.2450. Previously, the pair soared +1000 pips right after testing the same level. So, it's time to take our chances.

In addition, the Stochastic RSI is also coming out of the oversold zone, signaling a bullish sentiment of investors. The Canadian GDP and U.S. labor market figures will guide us more with time. Check out our FX Leaders Support and Resistance trading strategy for the better understanding of the trade idea.

The idea is to stay in buy above $1.2425 in order to target $1.2800, making sure to move stops at break even after the trade enters the green zone.

All Eyes on BOJ, BOE as GBP/JPY Approaches a Crucial Breakout
4 hours ago