Hurricane Harvey: Should we be Looking to Short Oil? - Forex News by FX Leaders

Hurricane Harvey: Should we be Looking to Short Oil?

Tropical Storm Harvey has caused mass flooding along the Texas coast, and in the process shut down more than 10 percent of U.S. fuel-making capacity.

What’s interesting though is that the reaction has largely been in gasoline, rather than crude oil. As it stands Gasoline futures have surged as much as 6.8% while oil has been holding steady around $48. Clearly the impact of the storm is on the refiners more so than actual oil supplies. As a result it was the distillates that spiked higher. 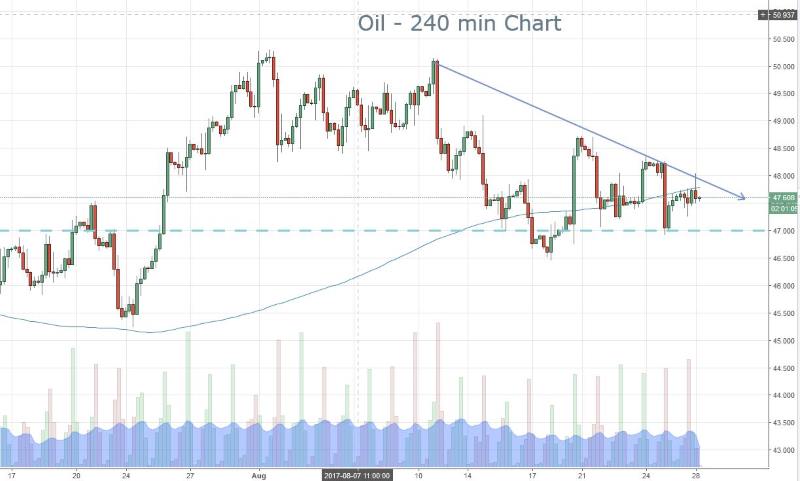 Oil like many commodities are very seasonal in nature. As it stands we’re at a ‘shoulder’ in the demand curve for oil. Oil demand increases prior to the US summer period as there is strong demand from drivers who head off on their summer holiday road trips – known as the 'driving season'. In the following months that demand drops and prices follow.

The fact that we have seen such a muted response from Harvey suggest that we are ripe to sell off in crude. Any pop to the upside might be a good opportunity to short oil as the seasonal weakness kicks in.