Last week the focus was on the build up towards Jackson Hole, however it seems that traders might have been a little let down with what was said – or more correctly – what wasn’t said.

The EUR/USD spiked higher and broke out of the 1.1900 region that we have been watching closely, however there wasn’t really any follow through. That was really just in keeping with the lackluster comments from Mario Draghi and Janet Yellen, who is essence didn’t give any new clues on the direction of monetary policy. In early trade on Monday the Euro has gapped up, but it’s difficult to predict exactly what might play out in Asian trade. 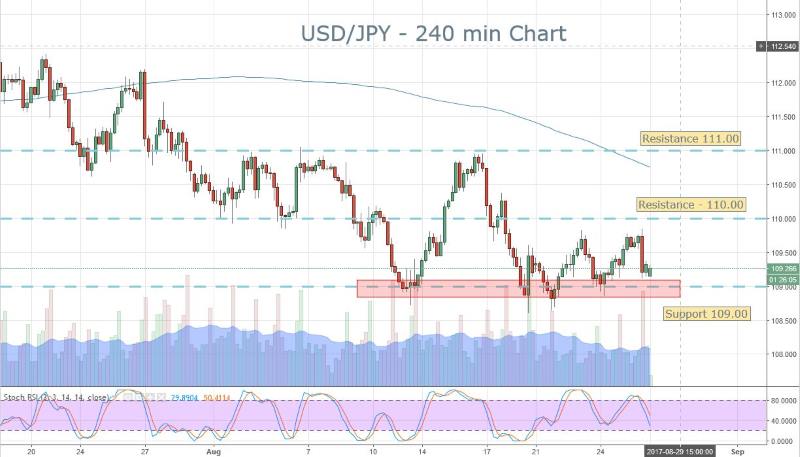 While he wasn’t officially speaking at Jackson Hole, BOJ’s Kuroda said that he suspected that the 4% level of growth is unlikely to been sustained and reiterated that policy will stay very accommodative for some time.

While attention is firmly on the EUR/USD, I’m interested to see if these comments impact the Yen on Monday. We might get some Yen weakness as a result and that gives us an opportunity for a small bounce in the USD/JPY.

Again I’m targeting the 109.00 level in the USD/JPY. If we get anywhere near that level today I’ll be looking to get long.

There’s not much ecoonomic data coming out of Asia today so the trading day will largely follow the sentiment (or lack thereof) from Friday and the weekend newsflow.