It is Tuesday, and that means we are set to begin this week’s crude oil inventory cycle. However, with the fallout from Hurricane Harvey still being a mystery, this set of inventory estimates will have an added importance. 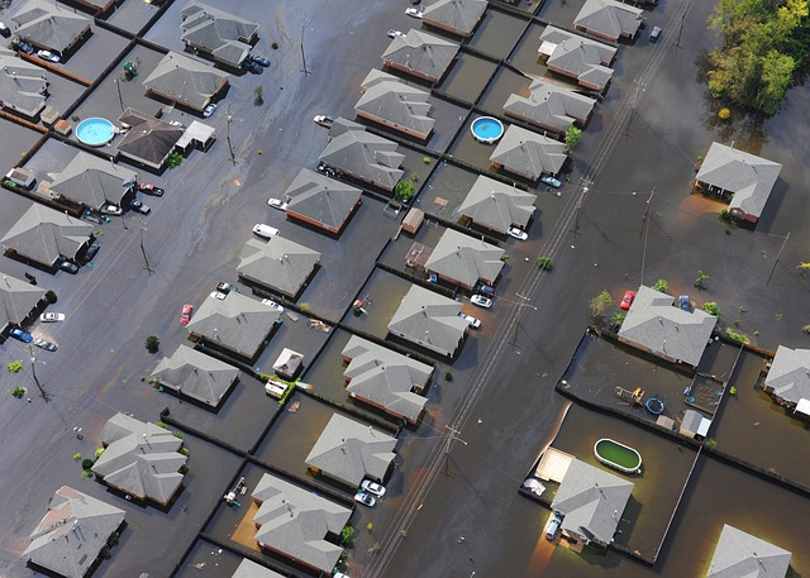 Commercial banking entity Goldman-Sachs has publicly stated that Harvey has knocked 17% of all U.S. crude oil production offline. This amount equates to nearly 3 million barrels per day. In addition, the relative speed of the storm is concerning analysts.

Experts are in agreement that Harvey will linger throughout the week, further inhibiting production.

With the disruption in the oil market, look for added volatility during the API and EIA data releases. The statistics will be wide-open for interpretation, and participation is likely to be very heavy:

The daily chart shows the entirety of the two-session freefall that October WTI crude oil is currently trapped in. 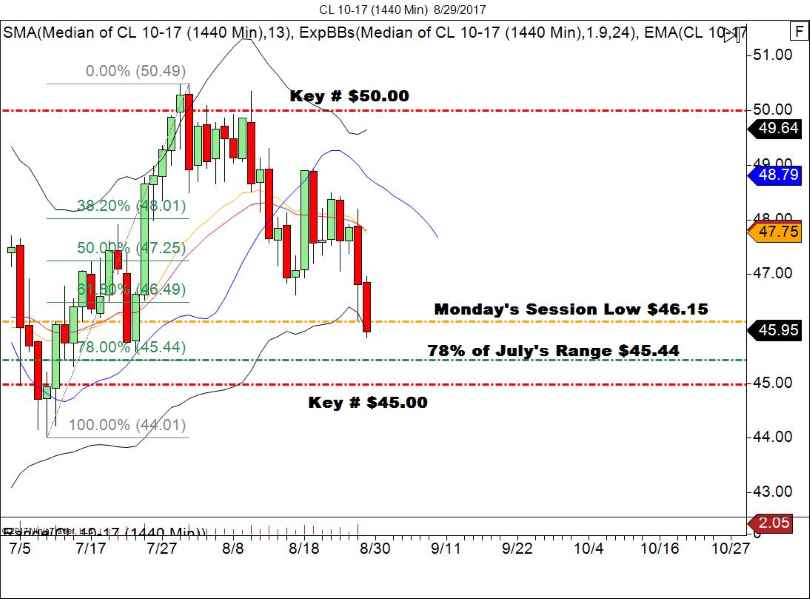 As of now, October WTI futures are trading beneath Monday’s low of $46.15 and trending lower. Key downside support levels:

Bottom Line: There just aren’t a whole lot of technical levels to the downside to hang your hat on. The 78% level in conjunction with $45.50 may give us some sideways trading, but this is a weak market.

The dynamics of WTI crude futures are a bit perplexing to me. We are seeing considerable disruption in the supply chain from Harvey, yet a heavy market. Gasoline prices for the U.S. are slated to bounce around $.25 nationwide due to the disruption in refining capacity, yet WTI crude continues to plummet.

For now, I will have to see some compression around the support levels before considering a long play. In my opinion, we are headed for a test of $45.00. At that point, the construction of a definitive trade plan will be a possibility.

Until then, enjoy the ride and trade smart!