As we’ve already discussed this morning, a missile test over Japan launched from Pyongyang has shaken up equity markets and currencies, causing the safe-havens to rally.

Gold is higher, along with the Yen and Swissy. Equity markets are sharply lower in Asian trade with the Nikkei and ASX both significantly lower.

The is yet another act of aggression from North Korean Leader Kim Jong-un and will add to the war of words that US President Trump had only a week or so earlier. 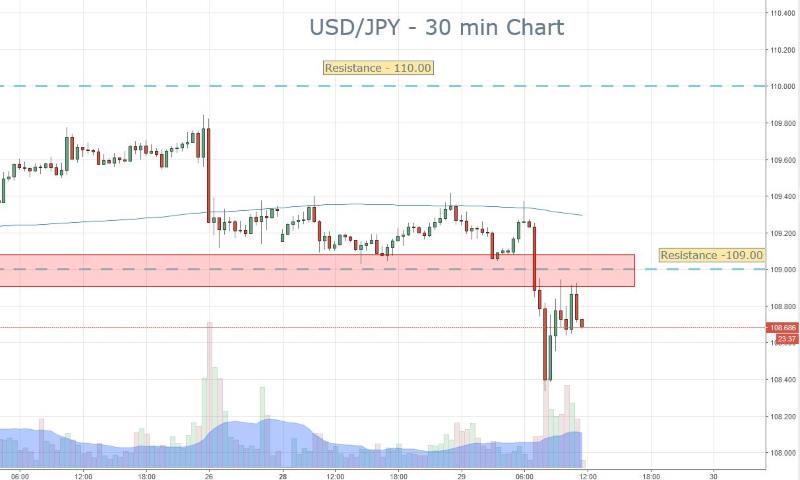 Pullback in the Yen

On the 30 minute chart we’ve seen a bit of a pullback.This might be a good chance to get short and look for another move lower as we head into the afternoon session in Asia.

109 has been a huge level for the USD/JPY. While we hold below, I will be looking to stay short and target the lows that we put in after the initial spike to the downside.