Yesterday might have been a massive day on FX markets, but we could well be set for more action as we head into the weekend.

The anticipation around what will come out of the ECB yesterday was certainly warranted as it lead to a big run up in the EUR/USD. Mario Draghi made it clear that QE discussions were on the back foot for the time being, but that didn’t seem to phase forex traders, who pushed us right up to the highs. Normally we get some jawboning but that didn’t happen.

At the same time we have Hurricane Irma on a collision course with Florida and of course, the never ending North Korean saga. It seems to me that over the weekend Kim Jong-un likes to conduct his military exercises. If you recall when markets opened on Monday, the safe haven assets had all gapped higher, and instead of retracing managed to extend their gains as the week progressed. That might be something to consider in late Friday trades as traders look to position themselves ahead of the weekend.

Both of these events are great news for traders as it gives us some opportunity and certainly momentum to play with as we end the trading week.

The Swiss unemployment rate is out today at 5:45 GMT and analysts are predicting it be in line with the previous period. This is bound to be a market mover for the CHF and a positive number will be bullish.

German Trade Balance is due for release at 6:00 GMT and analysts are predicting a slight decrease at 20.3B. The German economy is a key player for the Eurozone and it has the potential to be a market mover.

UK Manufacturing Production is due to release at 8:30 GMT and analysts are expecting an improved number at 0.3%. Given the recent strength in the GBP, a positive print could further spark the pound.

This week we’ve seen a fair bit of interest in safe haven trades. Gold, the Yen, and the Swissy have all been strong thanks to North Korea and their continued military testing. As I mentioned earlier there seems to be a theme developing where North Korea conducts its testing over the weekend.

That means come Monday we’re greeted with more headlines and a flight to safety. This weekend we have the potential to get ahead of more concerns and position ourselves accordingly. 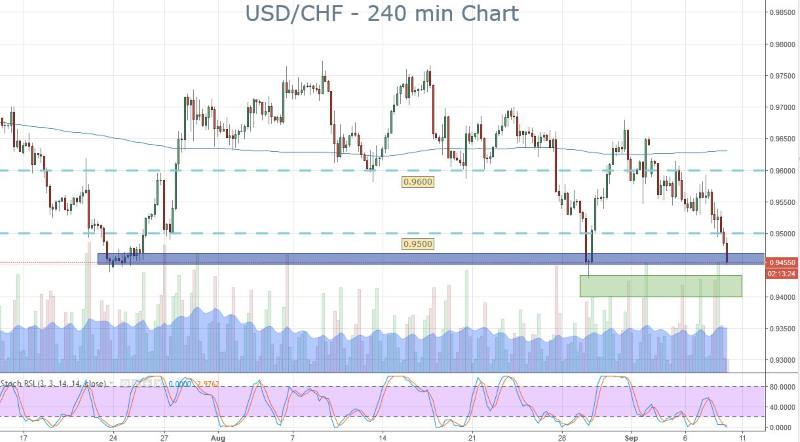 For the time being, I think it’s worth trying to ride the momentum into the recent lows around 0.9430. We’ve got employment data to contend with so after that, I’m going to be looking to sell ahead of a break of the lows.

There’s a chance of more USD weakness carrying over from yesterday's session as well as traders positioning themselves ahead of the weekend for more new out of North Korea. I’m looking for a test of the lows.

I have been waiting for a bit of retrace but the momentum is clearly on the upside for the time being. In a similar fashion to the Swissy, I’m interested in looking at what might happen over the weekend. If we get more headlines we can potentially run higher. 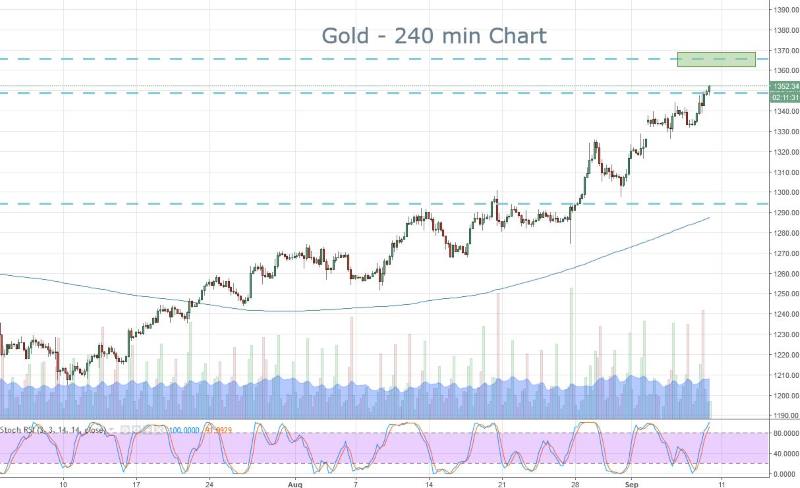 As it stands we ticked above the support at 1348. If we are able to hold above that point as US traders enter, we have a chance to run up to the next level at 1365. Like I said earlier there is the possibility of traders with the same sort of idea as us and we can potentially capture that momentum.

If you don’t know much about Cryptocurrencies, they are offering a pretty interesting opportunity at the moment.

The thing that I like about them is that they have a similar style of price action to the other safe haven assets like Gold. Because they are effectively decentralized and aren’t based on Central Banks, they present a degree of safety in the same fashion that Gold is a store of value. While certainly not a perfect hedge they are somewhat negatively correlated with risk assets. 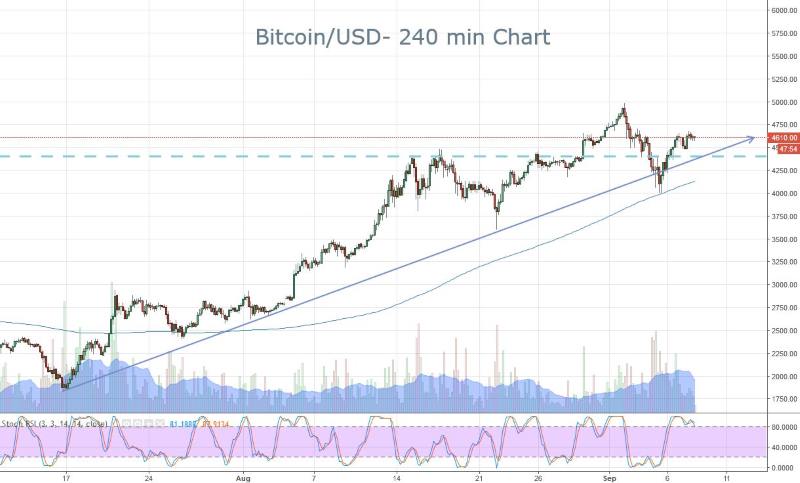 Let’s not forget the fact they are on a bit of a tear at the moment and sometimes you just can’t argue with momentum. So for an alternate risk-off trade, you might want to consider looking into something like Bitcoin.

It’s looking like another interesting day in the forex market. Let’s make it a big one!