Bitcoin has Sold Off and Hit Support

Bitcoin and the digital currencies have had a bit of a rough week on the news front. First, there were regulatory issues coming out of China, with the proposed restriction of ICOs along with speculation about how they will deal with digital currencies from a legal perspective.

Then on Tuesday, Chief Executive of JPMorgan, Jamie Dimon came out and gave crypto’s a bit of whack in the media.

This helped put the brakes on Bitcoin, which had just touched 5000 and has now pulled back to 4100. This might be an opportunity for traders looking to buy, as 4100 is a support level that has held up a number of times in the past. Without doubt, the momentum is firmly to the upside and it appears the best opportunity to buy is when we get some negative headlines. 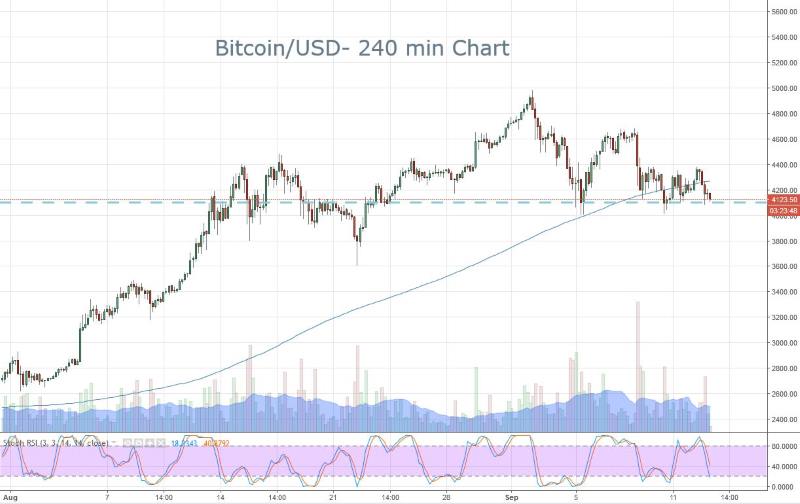