Well, here we go again. I’ve been speculating that it was only a matter of time until we saw some more action out of North Korea and sure enough it seems like they are back at it again. Reports of another missile test flying over Japan are hitting the wires and it looks like we are back into flight-to-safety mode.

The Yen is once again starting to rally and Gold is also up. While we don’t know too many details at this stage, I think it’s fair to say that the theme of the day will be to go with the sentiment for the time being.

The key focus early in today's Asian session will likely be the Yen. In times of uncertainty, money flocks to the Yen and we’re already seeing that in early trade. For me, the strategy will be to ride the momentum and buy pullbacks. We’ve already had a big spike through 110.00 followed by a bit of a pullback.

Given the fact that Europe and the US are now out-of-hours, as the day progresses and Europe wakes up there is the potential for more follow through. I’ll keep the trade updated throughout the Asian session so stay tuned for more opportunities. The next key level of 109 is certainly in the offering. 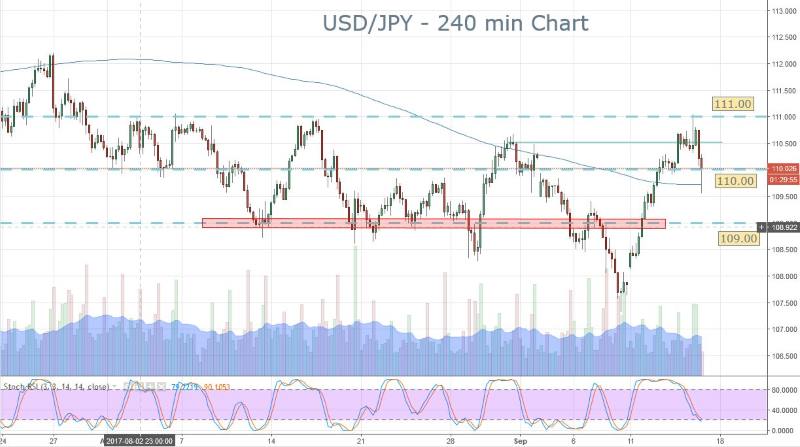