Just when we thought traders might have the cue in the rack until the FOMC later in the week, it appears markets had other ideas. US stocks were firmly back in the black and pushed to new highs. While the USD also regained its mojo.

The safe havens that had been firmly in focus over the past week or two continued to decline as North Korea fears were once again put to the side. Bitcoin also rallied off the lows and is now up more than 20% since Friday. Overall it has been a wild ride, to say the least. 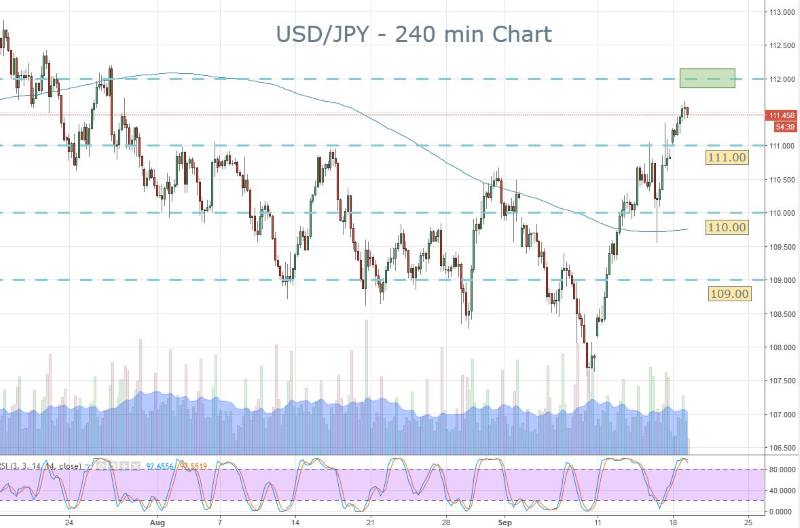 It might have been a holiday in Japan, but that didn’t stop a huge rally in the USD/JPY along with the Nikkei. The Japanese Index is now up to 20,000 and it looks like things are just beginning.

In the coming days, I’m looking for a test of the 112.00 level. We’ve had huge momentum as the USD strengthens and we get a risk-off feel. The Yen loves to play off the round numbers so if we get an early move get ready.