After much hype and speculation, the Fed did what most expected and left rates unchanged. However what was of more interest was the much more hawkish tone coming out of the messaging, with it looking increasingly likely that we will have a rate hike in the not too distant future.

The push to increase rates at a faster than expected rate caught many by surprise and push bond yields higher, while the dollar also gained ground. Forex markets were active and there were some big spikes in the majors.

Today we have the BOJ coming out with their policy statement, however, there is no scheduled time. As it stands the USD is strong vs the Yen and I will be looking for a further upside move.

As there aren’t many expectations as yet, I’m looking for a spike into 113.00 as the momentum is telling us something. 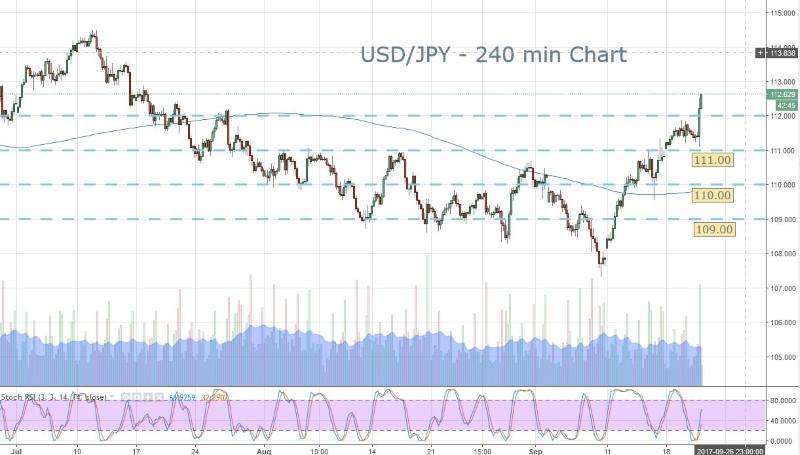