Forex Signals Brief for September 26th: North Korea is Back as Safe-Havens are In-Play - Forex News by FX Leaders

Forex Signals Brief for September 26th: North Korea is Back as Safe-Havens are In-Play

Morning Guys and Girls,
As seems to be the case in recent times, North Korea is back making headlines. This time it was the foreign minister suggesting that North Korea can shoot down U.S. warplanes.
Regardless of how much of this is rhetoric and how much is fact, markets didn’t seem to like it. That said I want to draw on what has happened previously when we’ve seen an outburst from North Korea.
Recently we’ve had both missile tests and a hydrogen bomb test. For each of the missile tests, we’ve had a spike in safe-havens followed by a quick retrace. When they had an alleged test of a hydrogen bomb, the safe-havens were elevated for the entire week.
Given that this seems like talk more than action, I expect that the same scenario might play out once again. However we are effectively just looking to trade on some short-term sentiment and as such, need to manage our risk accordingly.

USD/JPY – Safe Haven’s Back in the Game

The Yen has seen some money flowing back into as is usually the case when there is uncertainty in the market. Each time this has happened the market has sold back off. This time we are selling off on the back of a steep run-up. 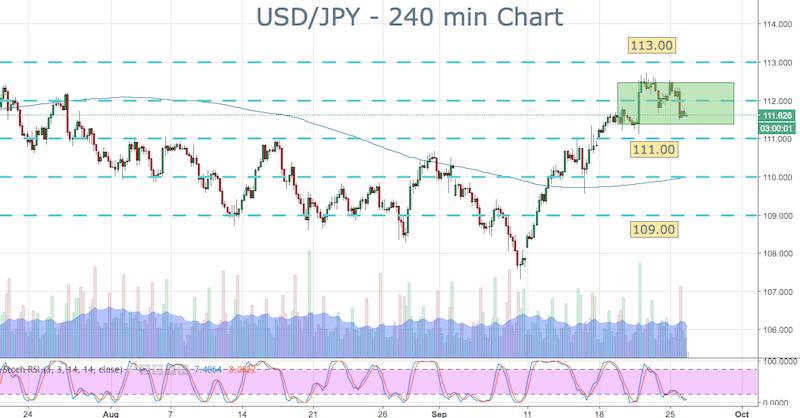 I’m looking for a retrace, and to sell off the 112.50 level. I feel that the tension might prevent us from a significant run-up like we saw last week.

Yesterday we spoke about Gold being in a downtrend and sure enough, we had a quick spike higher. Again I’m not convinced that we are at crisis point just yet I in the short term there is the potential for a retrace. 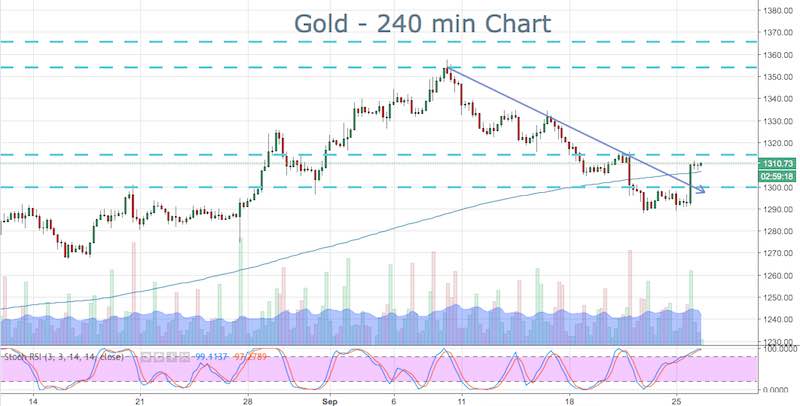 I’ll be looking to sell on a bounce to 1314. I’m still short-term bearish, however, if there is a fundamental shift and we move away from simple rhetoric, we can change our bias.
If nothing else North Korea is providing some opportunity for traders. Much of the trades revolve around sentiment so keep a close lookout for any new developments. And as always tune in for the very best trade ideas with our signals from our leading analysts.
Have a great trading day!
Check out our free forex signals
Follow the top economic events on FX Leaders economic calendar
Trade better, discover more Forex Trading Strategies
Related Articles
Comments
0 0 vote
Article Rating
Subscribe
Login
0 Comments
Inline Feedbacks
View all comments
4 Yrs
0
Signals
<% signal.pair %> <% signal.action %>
SL: <% signal.stopLoss %> N/A
TP: <% signal.takeProfit %> N/A
<% signal.status %>
Trade Now
Trade Now
<% signal.comment %>
See more
Closed Forex Signals P/L (Profil/Loss)
Economic Calendar
Wednesday, June, 16 2021
06:00GMT
CPI (YoY) (U.K.)