How to Trade the Yen this Week

The USD/JPY has been an interesting trade in recent times. When there is uncertainty in the air, money flows towards the JPY. This has been no more evident, than when North Korea has come out and either tested a missile or spoken aggressively about the U.S.

On the flipside, the USD has started to rally across the board because of the changing sentiment on U.S. interest rates. Both the FOMC and Janet Yellen herself are starting to get hawkish and it appears a rate hike is certainly on the cards this year.

As a result, we’ve had a big rally in the USD/JPY all the way to 113.00 from the lows of sub-109. I think we are overextended for the time being, and even last week I was talking about how I felt 113.00 looks a strong resistance level.

As we have non-farm payrolls on Friday, I don’t expect markets to get too out of line early, however, I will be looking to use 113.00 as a level to be selling as the week goes on. However, I won’t hold any trades in the employment number. It’s also important to watch of for Janet Yellen speaking which is happening on Wednesday U.S. time. 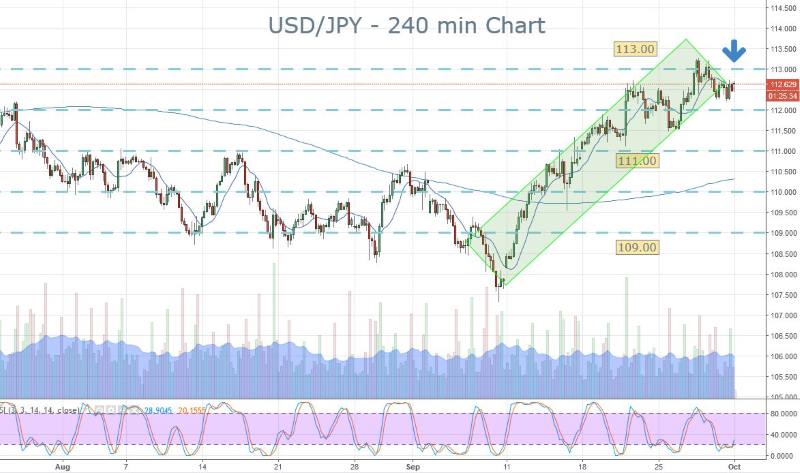