Tragedy In Las Vegas: A Look At Risk-Off - Forex News by FX Leaders

Tragedy In Las Vegas: A Look At Risk-Off

Sunday evening marked the largest mass shooting in U.S. history. At a country music festival in Las Vegas, Nevada, over 50 innocent people were killed and 400 wounded. The gunman is being reported as a 64-year-old resident of Mesquite, Nevada.

President Trump has just finished addressing the nation, condemning the shooting as an “act of evil.” As of now, this tragedy is not being classified as an official act of terrorism.

The U.S. equities markets seem to be relieved that the shooter has no apparent ties to extremist groups. Currently, the DJIA and S&P 500 are trading in positive territory. Also, the USD is showing strength against the EUR, GBP, CHF, and CAD.

Unexpected news items such as this remind us just how vulnerable markets can be in the face of external stimuli. The result is usually an immediate run in safe-haven assets. Today has been a different story:

USD/CHF has seen considerable action today, breaking towards the bull: 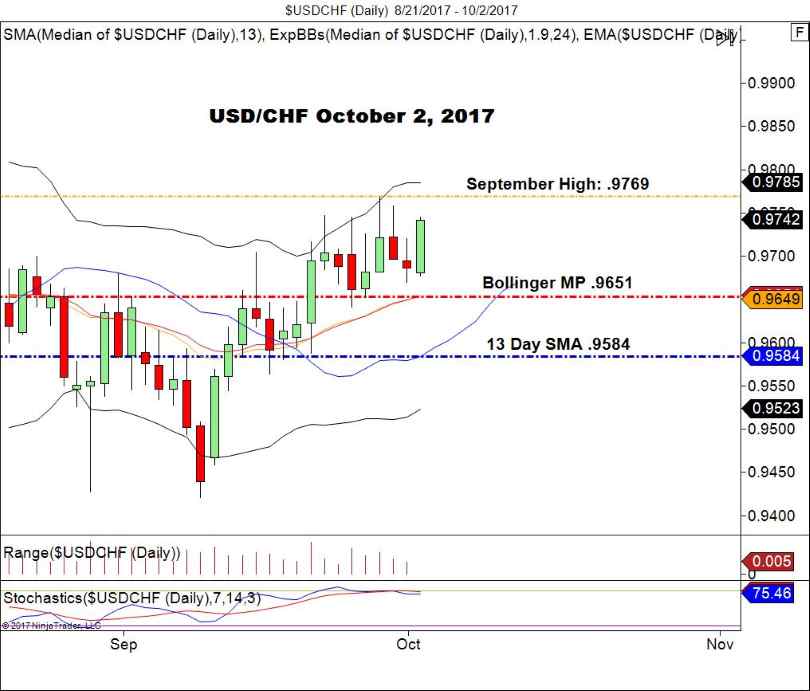 There may be some upcoming trading opportunities facing the USD/CHF. As the rally continues, September’s high of .9769 is likely to act as topside resistance. Look for consolidation in this area.

As we move deeper into the trading week, the USD/CHF is primed to produce a shorting opportunity. Stay tuned to FX Leaders for a recommendation when the time is right.

Bottom Line: Incidents such as the one that took place in Las Vegas are capable of shaking markets up, enhancing short-term volatilities. It is absolutely imperative that stop losses and appropriate leverage are a part of your everyday trading plan.