Markets have continued to grind higher overnight as they await Friday’s jobs report and Federal Reserve Chairman Janet Yellen, who is set to speak on Wednesday. The USD has been decidedly bullish in recent times which marks a clear shift in direction.

The interest trade for me has been in gold. Since the North Korean saga began, we’ve seen a steep run-up in gold. Often times there is a flight to safety when there are geopolitical tensions in the world and the threat of war is certainly enough to put fear into the markets.

However as North Korean Leader Kim Jong-un has continued to taunt the U.S., it appears that fears have faded. Now gold is starting to find its feet.

We’ve been in a downward channel in gold and we’ve come to the point where we are also meeting support. This type of channel will generally breakout to the upside at some point. 1270 support, has allowed us to bounce and this might just be the start of a short-term move higher. 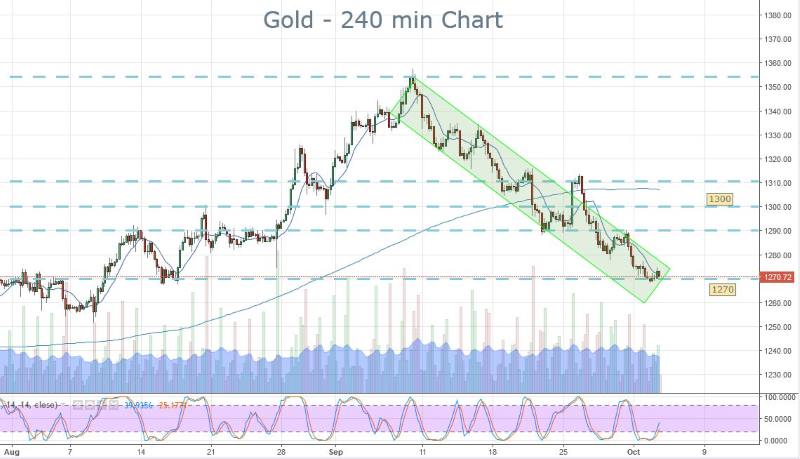