The USD/CAD Is Grinding Higher-Time To Get Long? - Forex News by FX Leaders

The USD/CAD Is Grinding Higher-Time To Get Long?

Macro strength from the dollar is a relatively new phenomenon for 2017. The positive movement has created a few intermediate-term trading opportunities. So far today, the USD is undergoing retracement across many of the majors.

Tuesday’s U.S. session gives us an ideal opportunity to take a shot at the USD/CAD to the long-side.

The USD/CAD traded in a tight 56 tick range for Monday’s session. Today has shown moderate extension to the bull, followed by subsequent retracement. 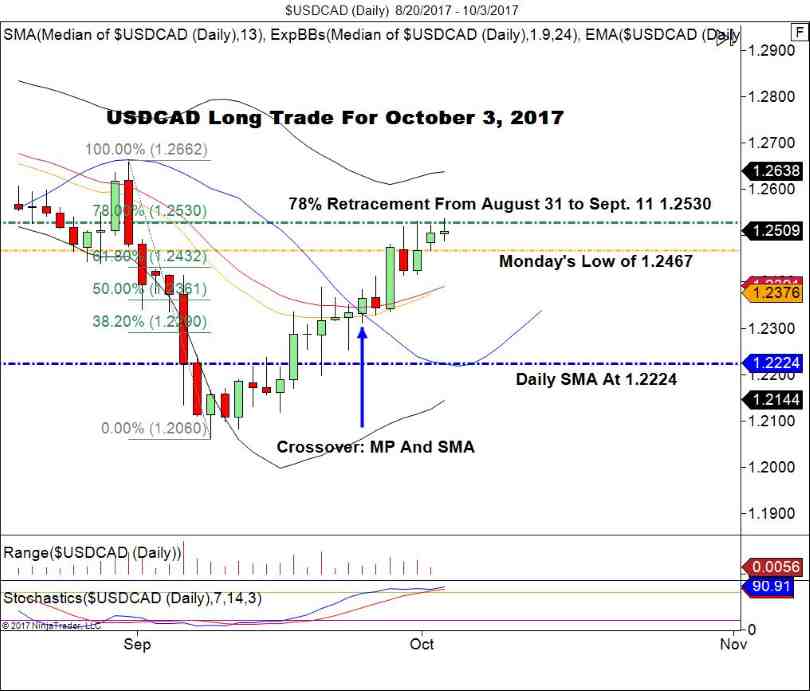 Several external factors have contributed to the shift in sentiment towards the USD/CAD. Crude oil volatility, as well as last week's terror attack in Edmonton, have brought weakness to the CAD. Let’s take a look at the technicals from the daily timeframe:

Bottom line: The August/September 78% retracement level has withstood an initial test earlier in the session. Trade has eclipsed September’s high of 1.2531 before immediately retracing. This is a strong signal that the 1.2530-37 level is a key area moving forward.

This market may see some volatility on the API crude oil inventories this afternoon. With a bit of luck, this trade will be in the books by then.

Shain Vernier // US Analyst
Shain Vernier has spent over 7 years in the market as a professional futures, options and forex trader. He holds a B.Sc. in Business Finance from the University of Montana. Shain's career includes stretches with several proprietary trading firms in addition to actively managing his own accounts. Before joining FX Leaders, he worked as a market analyst and financial writer.
Related Articles
Comments