Here’s How to Trade the AUD Ahead of CPI

The Aussie is getting an absolute hammering lately as the USD strength has really put it to the sword. Overnight we saw further declines in the AUD/USD as we broke down through the 0.7800 level which had been holding up in the short-term.

Long-term the only way for the Aussie is down I suspect, but as we’ve seen before even when it appears a certainty we can get a spike higher. The CPI figure today is predicted to be a little better than previously and a strong number may pave the way for interest rate rises.

For me, though I would like to see a poor figure. That would really send the AUD tanking and the momentum would make for a great trade, given how weak we have already been.

0.7750 is the key support level. If we get a weak number, I’ll be looking to sell for a longer-term move, assuming we can hold below that level. 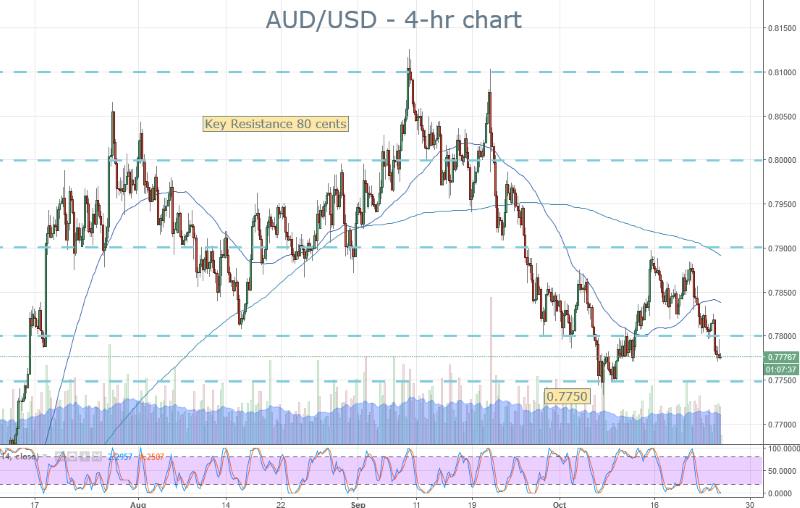