The FED Has Spoken: Overnight Trading Plan For USD/JPY

Well, today’s U.S. Federal Reserve announcements went as predicted, unveiling no big surprises. In fact, FED Chair Yellen went out of her way to speak ambiguously, leaving the market to decide for itself what the future holds for the USD and equities indices.

Here are the highlights of today’s FED statements:

In the minutes before the FOMC statement was released, President Trump announced that he will be naming candidates for the next FED Chair Thursday afternoon. FED Governor Jerome Powell’s name has been surfacing repeatedly on the news wires as a potential nominee.

The big takeaway from today’s FOMC release is that the commentary did not allude to any change in the FED’s attitude towards raising rates at the December meeting. As global markets digest this information, we may see the USD rally from here.

If this scenario unfolds there is a key level in the USD/JPY that may be traded. Yesterday I issued a scalping recommendation that proved successful on the daily timeframe. 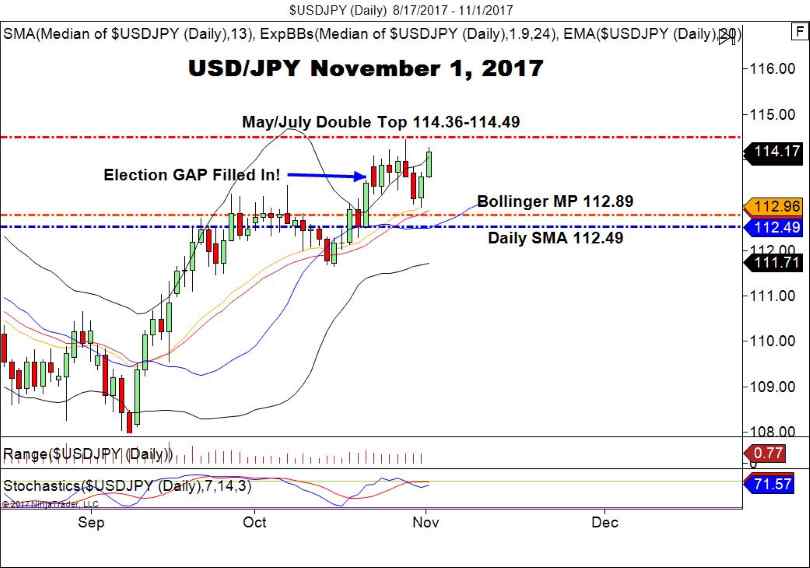 Today’s USD/JPY market has made a run to the bull, bringing the May/July double top into play once again. Going into the forex close and overnight sessions, the table is set for another trade.