Today’s U.S. equities markets have shown moderate weakness, with the S&P 500 and DJIA both in the red for the session. A negative number on the tote board has not been commonplace among U.S. indices as of late. Will it become a normal part of the daily routine as 2017 comes to a close?

We will certainly find out.

From just about every perspective, the S&P 500 has been booming for the past year. Most analysts attribute the rally to an optimistic sentiment among investors regarding the potential for tax cuts and a pro-business President. The ongoing technical outlook hasn’t hurt much either. 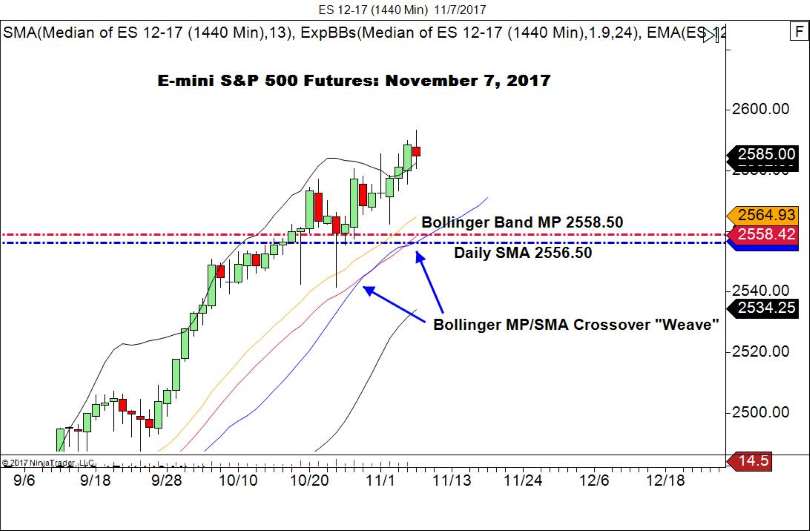 The daily timeframe remains bullish, as it has since the Summer months. However, there are a few elements that signal changing winds:

Overview: Attempting to call a top in a hard-charging bull market is a sure-fire way to go broke. That is one advantage of being an active trader: we don’t have to be “right” to make money. All we have to do is get in and out of the market efficiently.

Moving forward, I will be paying attention to where the December E-Mini S&P 500 Futures contract closes. If we see a red number on the board when this afternoon bell rings, the table will be set to take a short trade tomorrow.

Check back during Wednesday’s pre-U.S. session for ideas on how to engage the S&P 500 and take a few ticks from the market.

EUR/USD Stalling at the 50 SMA, After the Positive US Jobs Report
18 hours ago