EUR/USD Breaks Out To The Bull-Possible Long Entry? - Forex News by FX Leaders

EUR/USD Breaks Out To The Bull-Possible Long Entry?

The Asian and European sessions have certainly been kind to the Euro, boosting it over 80 pips against the USD. As my colleagues Rowan and Skerdian have covered in depth, the economic data out of the Eurozone came in right on schedule giving Euro traders reason for optimism.

Will the optimism prevail for the rest of the U.S. session? Only time will tell, but the technicals certainly appear to support the Euro bulls.

If you are just waking up and getting started for the day, the action has largely passed you by. But, there is a possible long entry facing the EUR/USD from the daily timeframe that may produce a few pips. 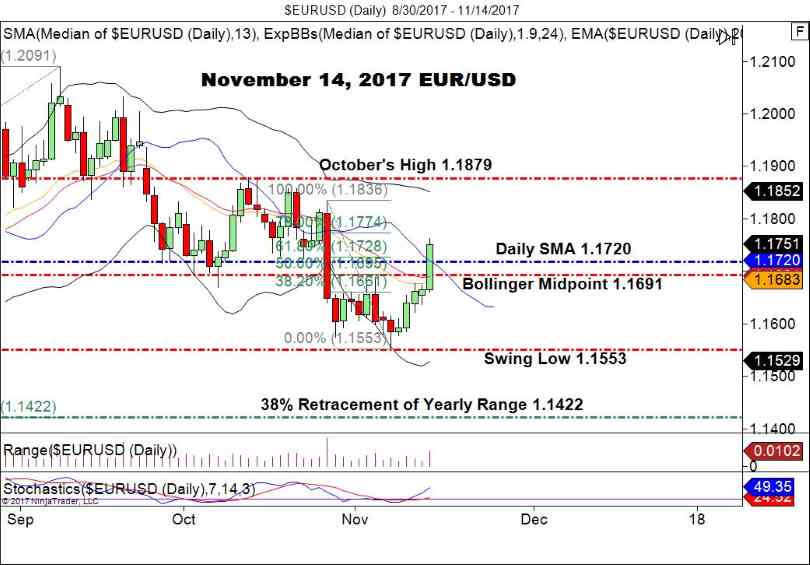 After a pronounced breakout, it is not uncommon to see a pullback once participation has subsided. A quick glance at the daily chart produces several observations that encourage a bullish bias:

As with most things trade-oriented, timing will be a key determinant of this trade. In the event that it is not elected during the remainder of today’s forex session, we will have a premium setup for Wednesday’s action.