The Major Levels to Watch in the Pound Ahead of CPI

The pound took a bit of heat yesterday as the weakness from some poor data last week continued to trickle its way through markets. Today we have the first CPI reading in what is a big week for many of the majors on the economic data front.

The GBP/USD has been a bit of a strange trade in recent times. We’ve had the BOE firmly in focus over the last few weeks, however since that point the pound has been weak. It seems to me that much of that had been factored in, and even more than what it should.

I’ve been mostly neutral on the pound in recent weeks, however, I have been watching the range that has been developed. The highs of 1.3300 and the lows of 1.3050 interest me the most. We are currently pushing towards the lows, which I would consider buying.

However, we can’t really be doing that until after the CPI figures are released. If we get a number that is in line with expectation and we drift towards the bottom level then I’d be looking for a bounce.

But also keep an eye out on Tuesday for any comments from BOE head Mark Carney, who is on the panel at the ECB conference. It’s a big day traders, so get ready. 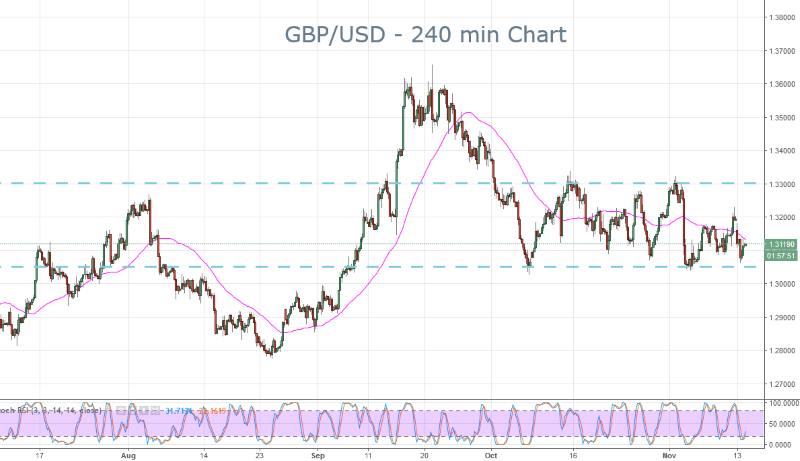