Morning Preview: Aussie Employment in the Spotlight as AUD Slides

Forex markets were active once again on Wednesday as the week of big data continued. Out of the US, we had CPI which was the big number of the day. That came in as expected and didn’t impact the markets too heavily. Retail sales were also out and they had a slight beat, however overall the USD remained reasonably quiet.

The Euro managed to slow down its charge but not before testing out the 1.1850 level that I spoke about yesterday. We now have to seriously assess the trend of the Euro and at least for now the bearish trend appears to be over.

The AUD and NZD were two others that performed poorly. The Aussie, in particular, has had a bit of a slide and that’s going to be magnified on Thursday as employment will be released down under.

The AUD has already taken out my downside target that I wrote about yesterday and at the same time, the FX Leaders Team had a nice winning forex signal thanks for some poor wage growth that we saw on Wednesday.

In terms of the US Dollar Index, we can see that support at the 93.50 level was tested and has held up. Now that we’ve navigated US CPI, there might be an opportunity for some consolidation and I am expecting us to drift back to the 94.00 over the remainder of the week. 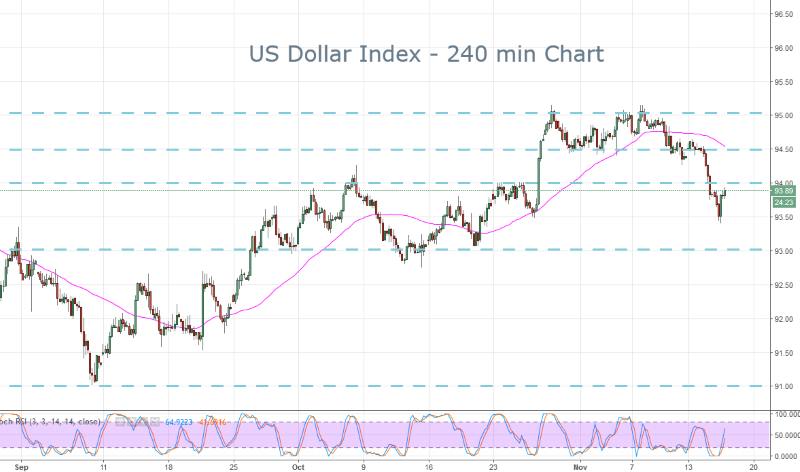