What’s Going to Hold Up the Yen’s Slide? - Forex News by FX Leaders

What’s Going to Hold Up the Yen’s Slide?

Last week the Yen was one of the weaker performers as the USD really starting sliding and that followed through particularly hard. The major support levels weren't really able to hold us as we pulled back quite after what has been a strong run-up.

In the Yen, the round numbers often play a big role as horizontal levels. The 113 level tried its best to hold but price ultimately broke through. We are now at 112.00 and we have only just tested those levels in late trade Friday.

I am actually looking at the next support area just below for a possible long entry. I quite like 111.76 as a potential spot. While the round numbers are important, we often break through them on short timeframes. So while round numbers are good levels on say a daily chart, we need to be more specific for lower timeframes.

I’ll be watching the price action at 11.76 on Monday and there might be a chance for some buying if of course, the slide continues. 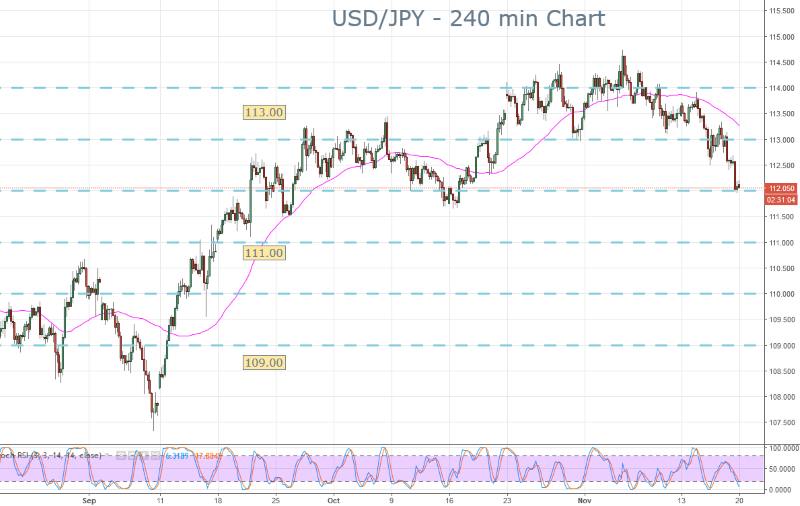