The Majors were certainly in the firing line in Wednesday’s trading session. The FOMC minutes were released and it had a dovish tone to it, which sent the USD into a spin.

The Greenback tumbled lower which pushed the majors higher against it. Gold and Oil also started to rally.

The key issue with the minutes was that there were concerns about the level of inflation or lack of it. If the economy isn’t growing then the scope for more rate rises is reduced. While December appears to be on the cards still, anymore after that might not happen. At least that’s the way the markets are perceiving it.

The Yen and the Swissy were the biggest movers and bore the brunt of the heat. However, all the majors took it on the chin.

Looking at the US Dollar Index (DXY), it appears that there is still a little bit more room to go before we run into a support area. That might mean that we have some room for a bit of follow-through. I would start to look for a bounce off the 93.00 level. I wouldn’t be jumping in just yet as I want to see a change in price action. I actually feel like this does change things a little bit for the USD in the short-term and those highs at 95.00 are looking a long way away. 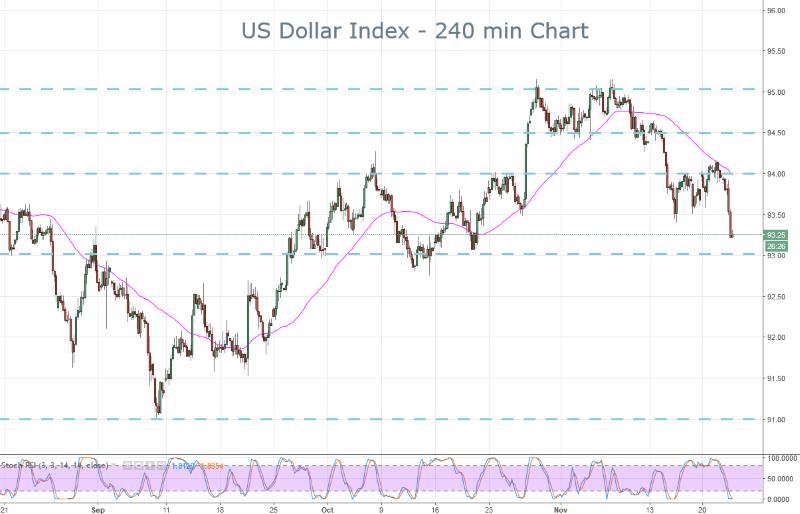