These Are the Levels that Matter in the Euro Today

The Euro was a notable underperformer in Tuesday trade which followed a fair bit of weakness on Monday. After the large spike, we saw last week, it’s not really all that surprising that we’ve seen what I would call a period of mean-reversion. The chart now looks like we are consolidating a bit and that is also probably due to the lower volumes that we are experiencing because of the holiday in the US on Friday.

With that in mind, I feel that it’s unlikely that we would be able to break out with any real force. That to me means that we should be looking for the ranges that are developing, and then fading any push into support or resistance levels.

The two major levels that are going to keep us tied in are 1.1700 to the downside and 1.1850 above. 1.1700 is clearly a little more vulnerable especially given the fact that we have two top-tier news events in the next two days, which are the FOMC and ECB minutes.

While I don’t expect anything too significant to come from them, they might be enough for us to test these levels. Above us, we also have a range from 1.1800-1.1870 which will provide plenty of resistance and would be the first place I’d be looking for a short. 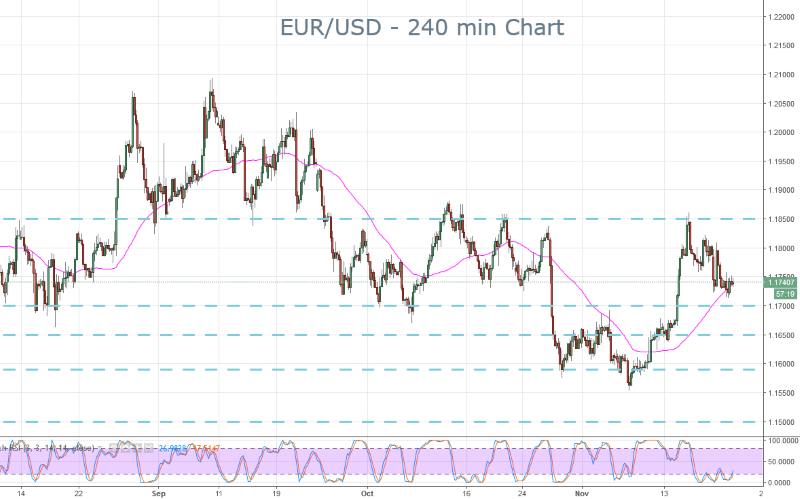