The cross currency pair EUR/JPY is under the radar of investors due to its safe-haven status, uncertainty in the dollar and upcoming economic event from the Japan. The technical side of the pair is suggesting a setup to trade.

On the 4 – hour chart, I just drew a downward channel which is extending a solid resistance to the pair at 133. Meantime, the leading indicator Stochastic has come out of the oversold zone as it’s holding at 45. 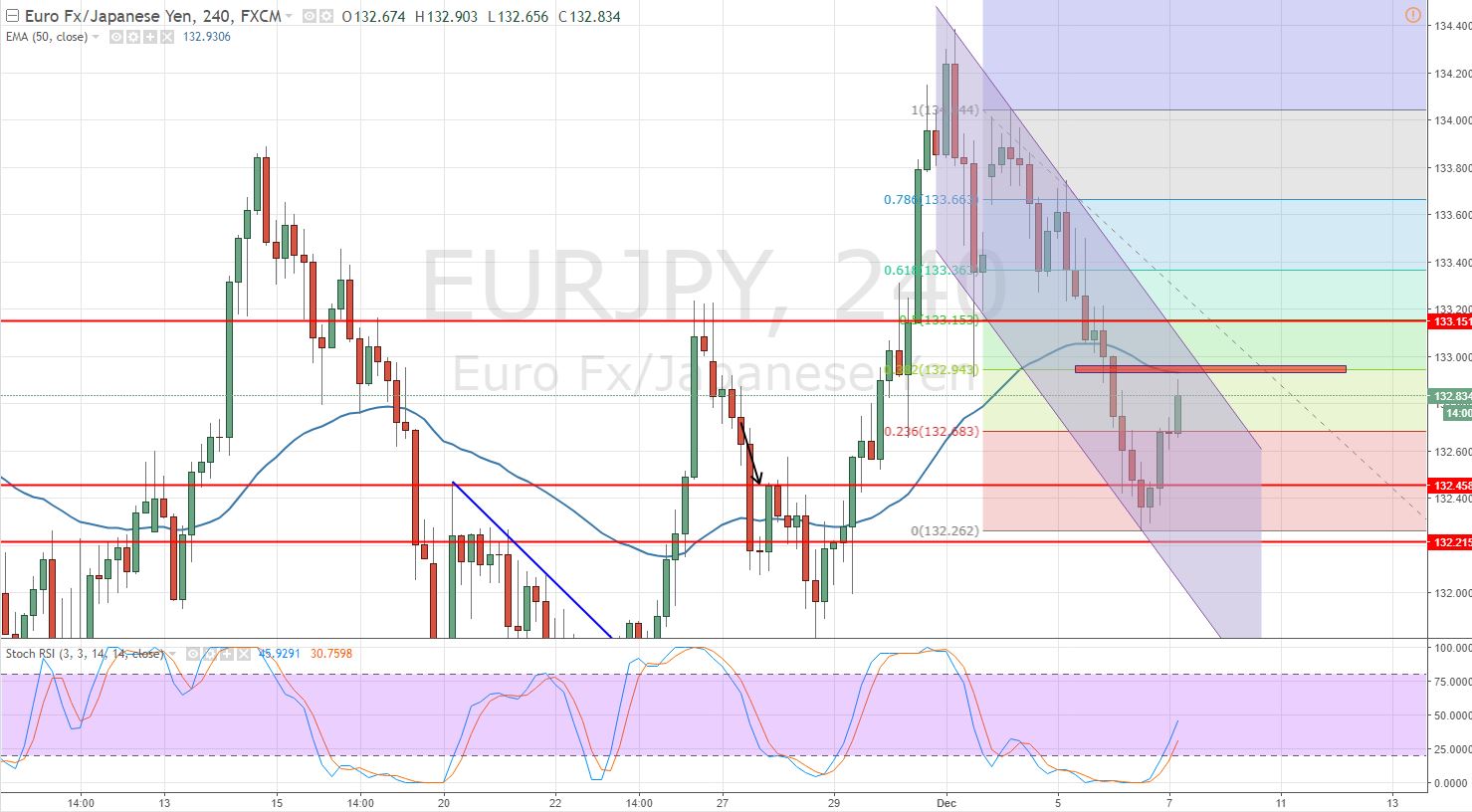 Therefore, I applied a Fibonacci indicator. The pair has already completed 23.6% retracement at 132.760 and made its way towards  32.8% level at 133. Follow these support and resistance levels.