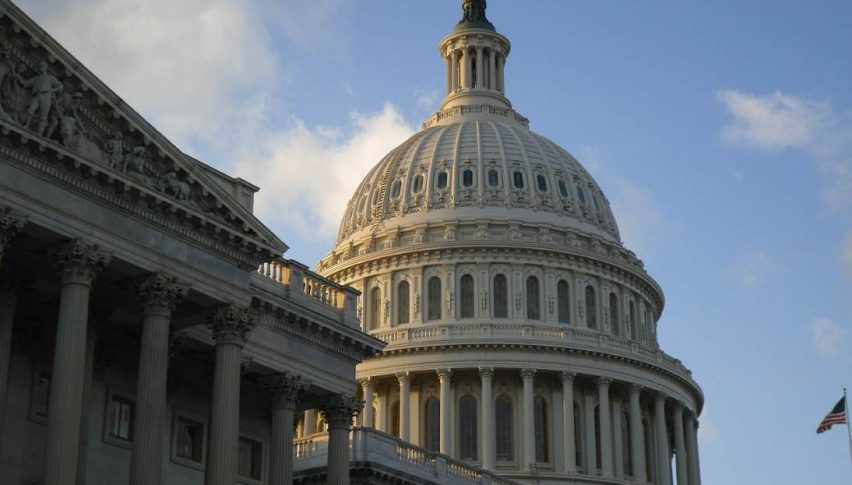 Just when it appears the government is going to stay out of the markets, a fresh headline hits the newswires. As of this morning, the U.S. Congress has reached a stalemate over immigration reform and a spending bill. If a temporary spending bill is not passed by midnight tonight, the U.S. government will “shutdown.”

The term “shutdown” is a bit melodramatic. Most government employees will remain on the payroll, but certain offices will close until some sort of funding measure is passed by Congress.

Several of the talking heads from the Beltway area are claiming that the coming shutdown is a result of efforts being made by President Trump’s enemies in Congress. Trump is due to be in Florida this evening to host a fundraising gala—an event he will likely miss in the event of a government shutdown.

The U.S. equities markets have not put too much stock in the shutdown, as it is likely just political theatre. The DJIA is off 50 points, while the S&P 500 is up slightly on the session.

From a practical standpoint, a partial government shutdown doesn’t mean a whole lot. It will eventually be resolved, as they have always have been in the past. But, will it scare the markets? Will investors interpret the lack of cooperation in Washington D.C. to be a sign of things to come?

It is hard to say. If the shutdown is still pending at today’s market close, holding positions into the weekend will be inherently risky. For now, all we can do is be patient and reevaluate the situation as the remainder of the session plays out.