All eyes were on the FOMC minutes on Wednesday, waiting to see what the current thinking was surrounding the state of potential rate hikes.

It was a bumpy road for both stocks and the USD, however, by the end of trading, the Greenback started to find its feet. As we push into Asia, it looks like the course is still upward.

Fed officials are now starting to think that inflation is coming into line with their benchmarks and are expanding their watch to include wage growth and jobs. The thinking has been that now the door is opening for even more rate rises than had previously been anticipated.

The market is expecting three, while some are suggesting that we might now get four.

The USD is now targeting resistance at 90.50. This is a big level and it also marks a distinct turnaround in the last few sessions.

Last week the Greenback was largely bearish and it wasn’t until weeks end that we actually saw a reversal. For now, the lows at 89.50 appear to be in place for the time being and I don’t think we are going to be breaking out in either direction just yet. 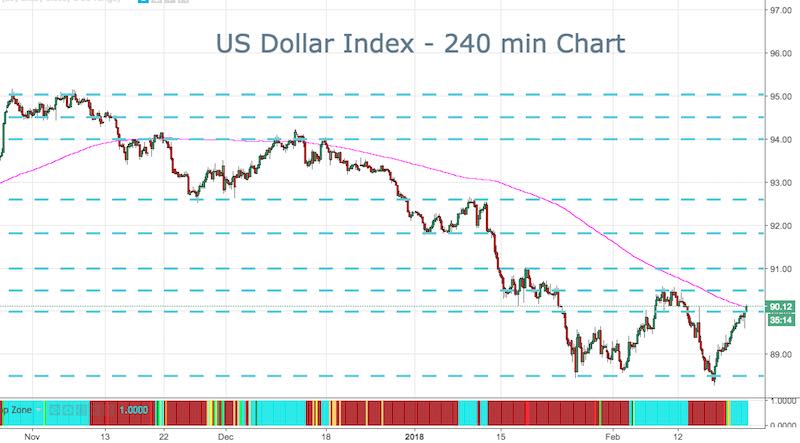