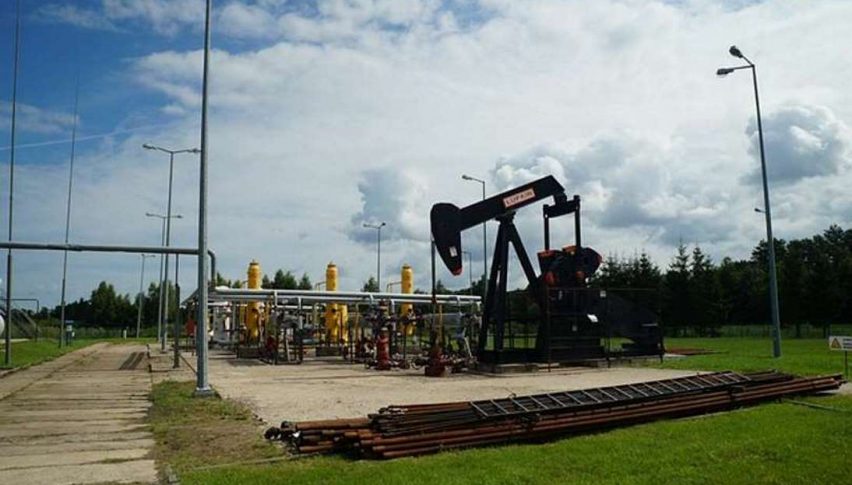 Crude Oil Might Just Be Reaching a Short-term Top

Crude Oil has been on a bull run in recent times. We’ve seen a strong rally all the way from 58.00 up to current short-term high of 64.00.

However, that looks like it might be the short-term top for the time being. Yesterday we saw another build of 933,000 barrels of crude oil inventories for the week ending February 23, according to the American Petroleum Institute (API).

While this was less than anticipated, however, traders pushed the price of crude down.

Over recent times, we’ve seen more and more production coming from the US as the number of rigs in operation continues to increase. This is despite OPEC wanting to see prices move higher.

It won’t take much for Oil to turn bearish in the short-term. A break below 62.43 will see to that. The major level below would then be 61.00.

The fact that the USD has been all over the place in the last week hasn’t helped commodity traders, but if the Greenback can continue to move higher then we might see more downside.

However, until we take out the first of the support levels, we can’t jump on the bear train. But it might not be far away. 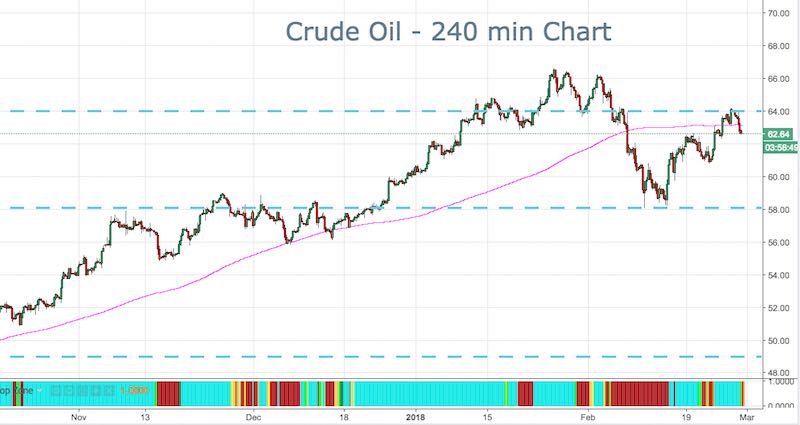