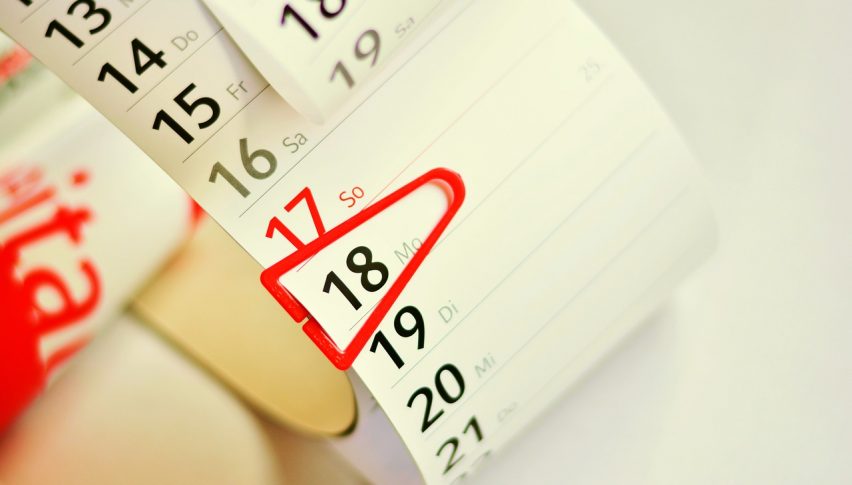 A very good morning and welcome back to another trading week. I’m am very excited about this week’s loaded economic calendar. This week’s top economic events include the interest rate decisions from the RBA, BOC, ECB, and BOJ. What should we expect from these events and how should we expect to trade them? Continue reading…

Last week, the Greenback gained some ground after Fed Chair Powell’s hawkish remarks. However, the market reversed after US President Trump imposed tariffs on steel and aluminum imports.

This is a survey of purchasing managers which asks respondents to rate the relative level of business conditions including employment, production, new orders, prices, supplier deliveries, and inventories.

The data will be monitored at 9:30 (GMT). The score in this forward-looking index held at 53 in Jan and is now forecasted to rise slightly to 53.3.

At 15:00 (GMT), the Institute for Supply Management will release its data on the US services sectors. The United States has been enjoying the robust growth of 59.9 in Jan. However, the figure is expected to drop to 58.9. While this isn’t a huge difference, this could shake the market today.

Cash Rate – At 3:30 (GMT) the RBA (Reserve Bank of Australia) will be releasing the interest rate. Although the Australian economy is doing well, the RBA is expected to keep the rates on hold at 1.50%. This is because of the central bank’s concerns about growing household debt and wages that are not rising very quickly.

RBA Rate Statement – Even if the RBA leaves the rate unchanged, the rate statement will be worth watching.  The monetary policy statement is among the primary tools the RBA Reserve Bank Board utilizes to communicate with investors about monetary policy.

The Australian Bureau of Statistics will release the figure at 0:30 (GMT). This is the broadest measure of economic activity and the primary gauge of the economy’s health. After a quarterly growth rate of 0.6%, a slightly slower growth rate is expected, 0.5%.

The ADP figure will remain in focus at 13:15 (GMT). We are expecting a smaller increase of 194K vs. 234K gains previously. The ADP figures, mostly correlated with the NFP data on Friday. The dollar has continued to trade on sentiments after the release of ADP data.

At 15:00 (GMT), you need to watch the Bank of Canada’s Overnight Rate. Back in January, the BOC raised interest rates after surprisingly positive labor market data. However, there have been challenges since then. As you know, Trump’s recent tariffs have had a negative impact on Canada’s economic health. The Canadian job sector dipped by 88K in January accompanied by a worse than expected retail sales reports.

Having said that, the BOC Rate Statement is likely to be dovish and we may see another round of selling in the Loonie.

The figure is due in the early Asian session at 0:30 (GMT). The trade balance shows the difference in value between imported and exported goods and services during the reported month. For now, the Australian economy is expecting a trade surplus of 0.22B vs. a previous deficit of -1.36B. The positive figure is good for Aussie.

At 12:45 (GMT), the European Central Bank is expected to keep the interest rates unchanged at 0.00%. However, since the European economic indicators have improved a lot with the only concern being inflation, investors are expecting hawkish remarks from Mario Draghi. The ECB press conference is at 13:30 (GMT). Investors will be looking for any remarks about the QE (Quantitative Easing) program.

Early during the Asian session, investors will be eyeing the BOJ Policy Rate. The Bank of Japan is expected to keep the interest rates on hold at -0.10%. But Governor Haruhiko Kuroda’s Press Conference may drive volatility in the market.

If you recall, Kuroda indicated his intentions to remove the fiscal stimulus next year. In case he reiterates the same thing, we may see bullishness in the Japanese Yen. Failing to do so will lead to a bearish Yen.

Non-Farm Employment Change is one of the most awaited and watched economic data of the month. The US economy added 200K jobs last month. This month’s figure is expected to be slightly better, at 204K.

The Unemployment Rate is expected to drop from 4.1% to 4%. If this happens, we are going to see massive buying in the dollar and sell off in the Gold. Better than expected figures are likely to affirm sentiments that Powell will hike the rate four times in 2018.

Summing up, it’s a very busy week my friends. Typically the market moves sideways before news and determines the trend upon the release of the news. To prepare yourself for the week, check out FX Leaders News Trading Strategy and stay tuned for exciting forex trading signals. Good luck!