US traders were eagerly anticipating more good news, after the recent strong jobs number. However, that was not to be as we saw a big miss in Retail Sales when caused some weakness in the dollar.

That caused some up and down action in the majors.

Bitcoin was a big mover, but again it was to the downside. The clampdown on cryptocurrencies and ICOs is continuing, with Google announcement, it will be banning all advertising on its various platforms.

Oil was mixed after another the EIA showed a build in inventories that was larger than anticipated. That put some downward pressure on prices. It was also in contrast to yesterdays API numbers that showed a smaller build than anticipated.

Yesterday we had a look at the support level in the DXY at 89.50. At this point, we are still waiting for that level to crack and its importance grows each session.

It looks like a head and shoulders pattern and that makes me think we are preparing for some more downside ahead.

I am looking for a move to the recent lows, but that mark the low for the time being. 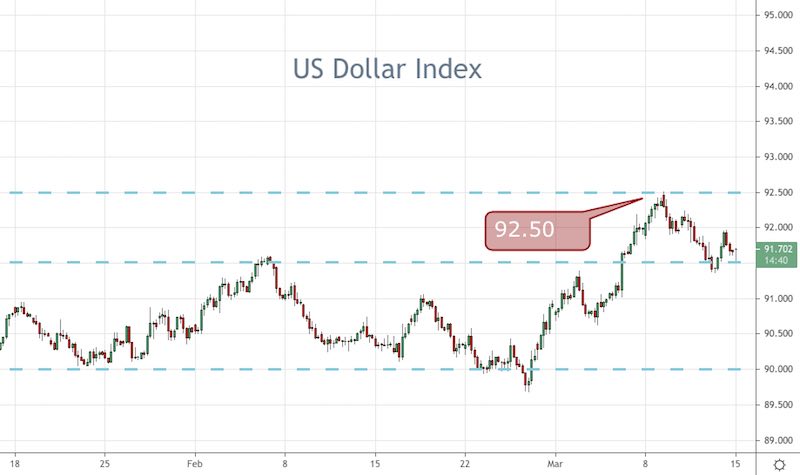 Is Bitcoin Losing Out to Ethereum Among Institutional Investors?
18 hours ago