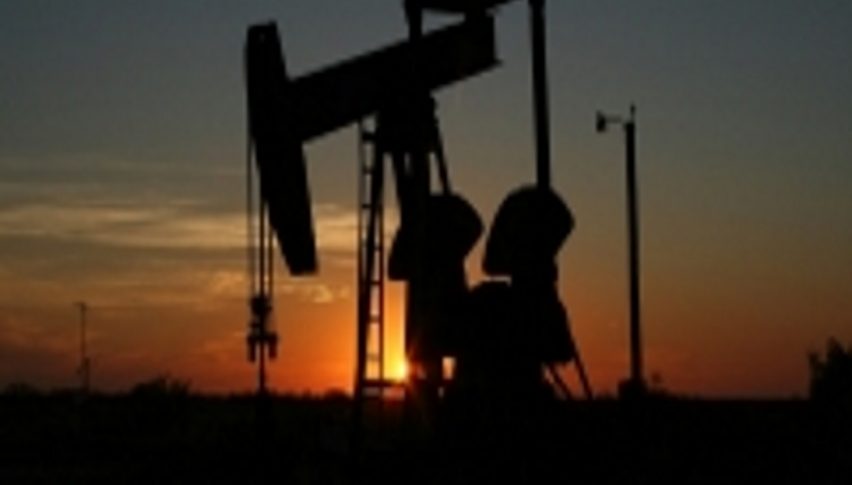 Crude Oil prices soared sharply as Saturday’s strikes on Syria marked the most important intervention by Western countries against Syrian President Bashar al-Assad and his ally Russia. Of course Russia is now facing additional economic sanctions over its role in the conflict. During the Asian and early European session, Oil dropped a bit and looks like we still have the chance to go long…

Crude Oil is still supported due to airstrikes on Syria. During the weekend, the US, France, and Britain drove 105 missiles, targeting what they said were 3 chemical weapons facilities in Syria. This came in response to the suspected poison gas attack in Douma during the previous week.

Russian President Vladimir Putin warned on the potential impact on international affairs caused by more Western strikes on the Asian country. US Ambassador to the UN world organization, Nikki Haley, remarked that the US would announce new economic sanctions on Monday on corporations dealing with equipment. Therefore, Crude Oil is still supported fundamentally. Let’s look at the technicals.

Crude Oil was massively overbought but has already completed 61.8% Fibonacci retracement at $66.05. It’s still trading above $66.05 and it’s likely to face resistance near $67 and $67.55. On the other hand, a break below this level can lead it towards $65.65 and $65.15. We should wait for US Retail Sales data, as the trend of the Greenback can signal about its next movement. 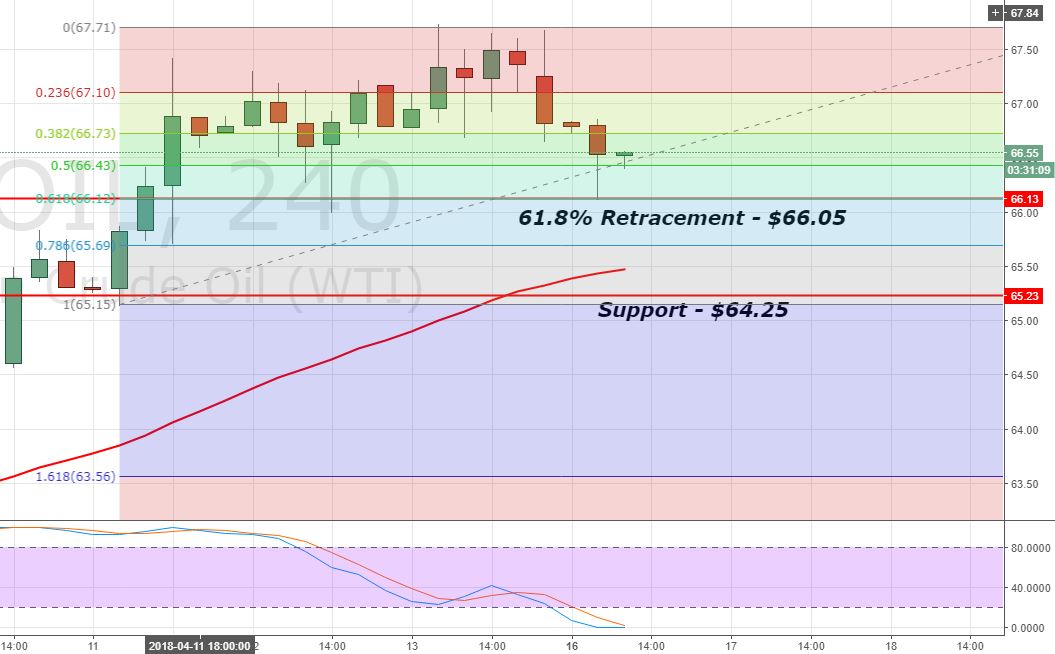 Investors are suggested to keep a close eye on $66 as the market can remain bullish above it and bearish below it. I will be looking to target 50 Pips.