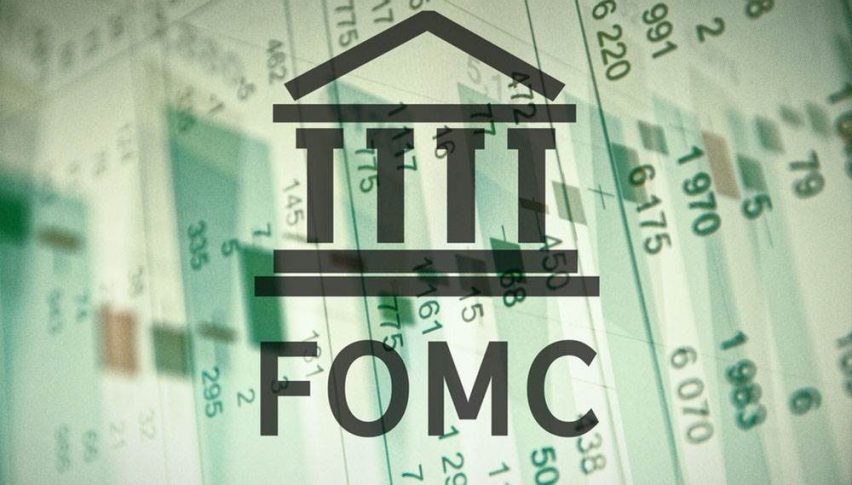 The US dollar continued to extend its gains as bond yields soared. Is it likely to continue its bullish trend? We will have to wait and see.  This week is packed with market-moving economic events, with the US FOMC & NFP at the top of the list. These fundamentals are too good to miss!

German Prelim CPI m/m – Destatis is due to release the German inflation data during the European session. Economists are expecting the CPI to drop to -0.1% vs. the 0.4% gain in March 2018. Consequently, the single currency Euro is likely to trade with a bearish sentiment.

Core PCE Price Index m/m -The Bureau of Economic Analysis will release the PCE price index at 12:30 (GMT). It is expected to remain unchanged at 0.2%. The figure is significant as it shows the change in the price of goods and services purchased by consumers, excluding food and energy. So, higher demand leads to higher inflation, making the dollar stronger.

Cash Rate – At 4:30 (GMT), the RBA (Reserve Bank of Australia) will be releasing the interest rate. The RBA is expected to keep the rates on hold at 1.50% although the Australian economy is doing well. This is because the central bank is concerned about growing household debt, while wages are not rising quickly as expected.

RBA Rate Statement – Focus will turn to the rate statement since the cash rate isn’t expected to change. The monetary policy statement is one of the primary tools the RBA Reserve Bank Board utilizes to communicate with investors about monetary policy. It contains the outcome of their decision on interest rates and commentary about the economic conditions that influenced their decision. Most importantly, it discusses the economic outlook and offers clues on future decisions.

What to expect from the RBA?

In my opinion, a stronger Aussie should be a barrier to inflation and growth. Therefore, hawkish comments don’t seem to be in the cards. Everything considered, the Lowe is likely to go dovish direction.

GDP m/m – This is the broadest measure of economic activity and a primary gauge of the economy’s health. The Statistics Canada is due to report the figure at 12:30 (GMT). The Canadian economy is expected to grow to 0.3% vs. -0.1% previously.

Construction PMI- Markit will release the indicator at 8:30 (GMT). This is a survey of about 170 purchasing managers which asks respondents to rate the relative level of business conditions including employment, production, new orders, prices, supplier deliveries, and inventories. The data is forecasted to be 50.9 vs. 47.0 in March.

Just like the manufacturing PMI, the construction PMI also indicates expansion in an economy when it’s above 50.

BOC Governor Poloz is due to testify along with Senior Deputy Governor Carolyn Wilkins before the Standing Senate Committee on Banking, Trade, and Commerce, in Ottawa at 20:15 (GMT). Investors will be looking for any remarks about their upcoming policy in support of trade and commerce activities. The speech is likely to cause volatility.

The ADP figure generally correlates with the Non-farm payroll and is often called the advance NFP. The negative forecast will be weighing the dollar until the news release. Whereas, the actual ADP will give us clues about labor market figures due this Friday.

Federal Funds Rate – At 18:00 (GMT) the Federal Reserve is expected to keep the interest rate on hold at 1.75%. This FOMC is expected to have a muted impact on the market because the next rate hike is only expected in July. Because there’s no press conference expected from Federal Reserve chair Jerome Powell, the release is likely to add bearishness to the US dollar.

Trade Balance – The trade balance will be released at 1:30 (GMT). This is the difference in value between imported and exported goods and services during the reported month. As you know, Australia is heavily dependent on the trade export of goods. The more they export, the better it is.

Trade Balance – The Statistics Canada is also due to release the Canadian trade balance at 12:30 (GMT). Like Australia, Canada is also an export-oriented economy. Most of their income comes from Crude Oil exports but due to an increasing Oil supply and drop in prices, we could see some volatility. So, don’t miss this event as it often drives the market more than 50 pips.

Labor Market Report – Here’s my favorite dataset. The Nonfarm employment change is one of the most awaited and watched economic data of the month. Although only 103K jobs were added last month, this month’s figure is expected to rise to 185K.

However, the unemployment rate is expected to drop from 4.1% to 4%. If this really happens, we are going to see massive buying in the dollar and sell off in Gold. Better than expected figures affirm the sentiments that Powell will hike the rate four times in 2018.

Summing Up – This week is going to exciting with a large number of economic events. So, brace yourself for volatility and also check out FX Leaders News Trading Strategy for a better understanding of the fundamentals. Have an awesome week.