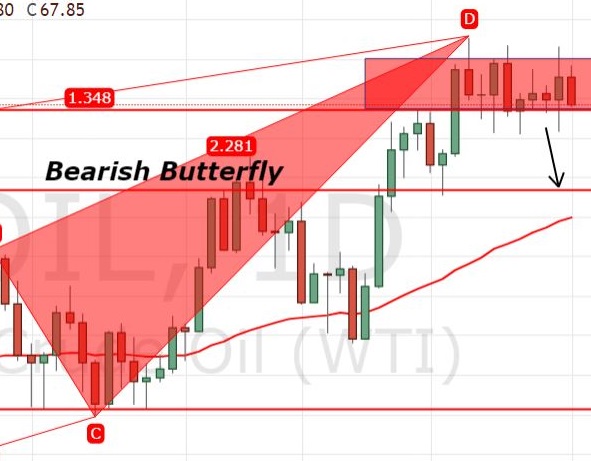 Crude oil is stuck in a narrow trading range of $67 – $69. Crude oil is fundamentally bullish but the stronger dollar is keeping it on hold. For now, the market is waiting for the API report which is due during the New York session. Brace yourself for a quick move…

On the daily chart, we can see a bullish triangle pattern which is supporting crude oil near $68 along with a resistance up at $69.40. For the moment, crude oil is trading below $68 as the price has already moved near the horizontal resistance level of $68.10. Is it going to break upward? 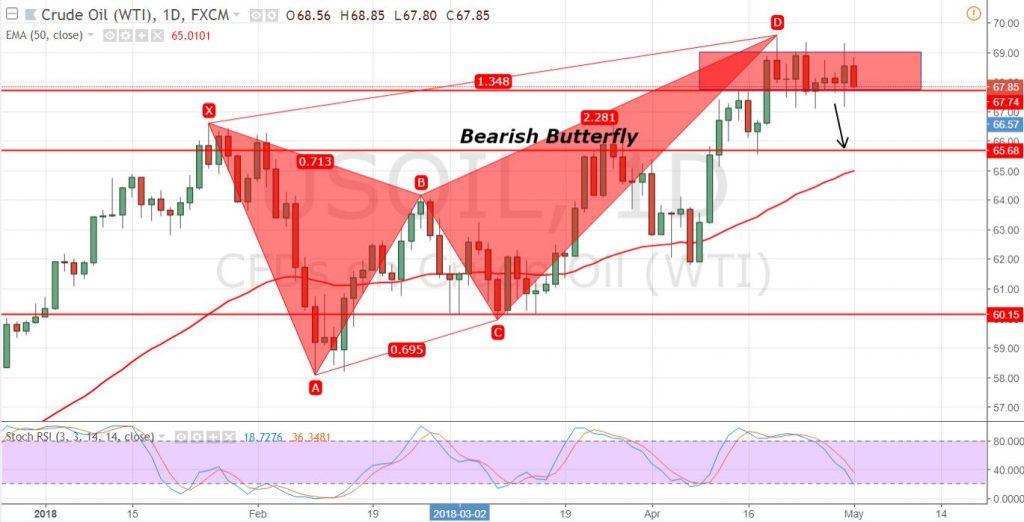 Well, the candlestick pattern “three black crows ” are signaling bearish bias of traders. Whereas, the momentum indicators, RSI and Stochastic are trading heading towards the oversold zone. By the way, don’t forget to see API stockpile report which is due to come out at 20:30 (GMT).