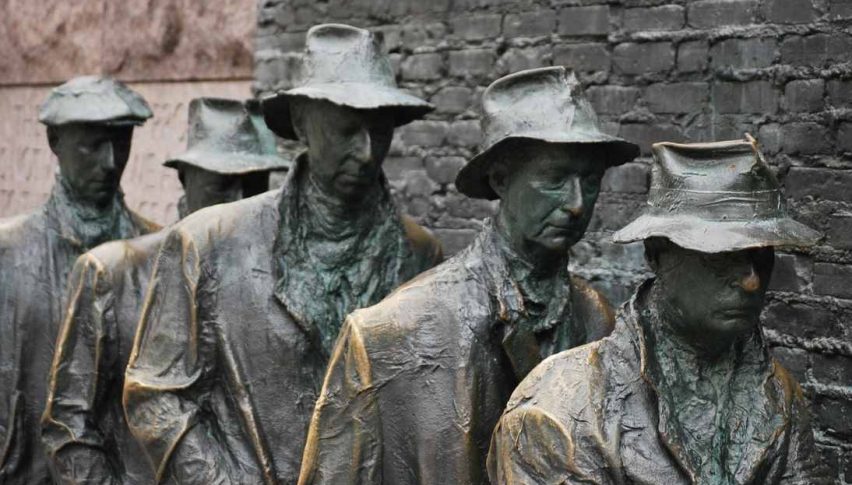 Sub-4% U.S. Unemployment And The FED

Sub-4% U.S. Unemployment Is The Lowest This Decade.

The indices are performing well amid the strong April U.S. Jobs report. The DJIA is up over 200 points, followed by the S&P 500 up 19. Risk-on looks to be back in style, with traders and investors preferring equities over bullion.

Earlier, an extremely positive U.S. Unemployment release boosted morale on Wall Street. The first week of May has been a tricky one to trade — today’s employment metrics were a breath of fresh air for those long the indices.

The hard data from this morning’s report is a bit contradictory, more on that shortly:

These are the big three items from the April U.S. jobs report. Earnings are down, Nonfarm Payrolls missed projections, but the Unemployment Rate eclipsed the key 4% benchmark.

Falling unemployment is the catalyst for the current bullish sentiment toward U.S. markets. 4% has long been cited as a key barometer of the U.S. economy. Sub-4% U.S. Unemployment is a big deal to investors and the FED, which is all but assured to launch its policy of gradual tightening next month.

In the hours since the April U.S. Jobs report, the CME FedWatch index has assigned a 100% chance of a 25 bps rate hike on June 13. This value is extraordinary and up 10% from yesterday. Perhaps even more worthy of note are the odds assigned to a September FED rate hike — currently 67.2%, up 3% day-over-day.

It is difficult to overstate the importance of sub-4% U.S. Unemployment, the lowest level in 17 years. Valuations of the USD echo this sentiment, posting significant gains across the majors. But, the question remains: Will there be a fourth rate hike for 2018? As of now, the odds are against it, with only a 35% chance being assigned to a December rate hike coming to fruition.